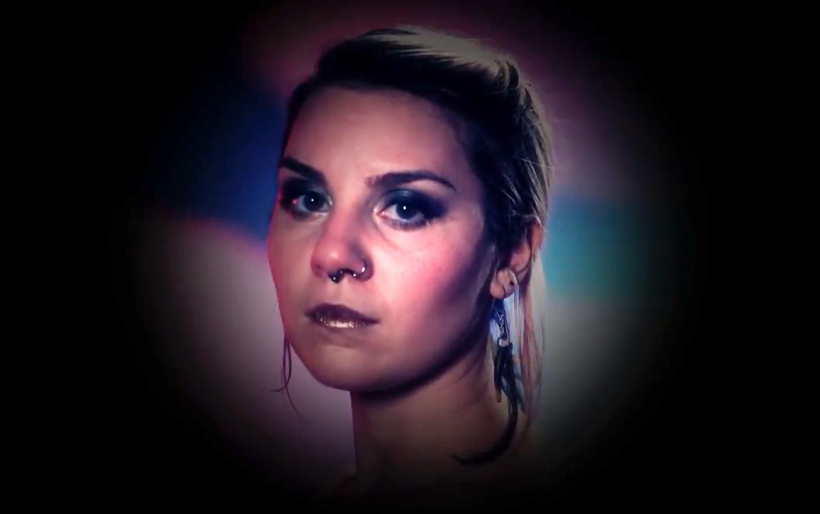 First released to the world in October last year as a single, local indie rock trio Ellen Siberian Tiger released the music video to “When Men Explain Things To Me” earlier this week. The crescendos of the song ebb and flow throughout the music video, as well as the song itself, from the screams of “Back up, don’t touch me,” to the closing whisper of “I love when men explain things to me.”

An eerie green light is cast over frontperson Ellen Tiberio-Schultz in what appears to be a lab, while their doppelganger curiously looks through the glass from the other side. The same sculpture on the single’s album cover is featured in the music video, expanding and shifting throughout the video’s two-minute duration. At one point, the sculpture engulfs the neon green Tiberio-Schultz in a sci-fi, claustrophobia-inducing fashion. The video takes a turn for the better not too long after, freeing Tiberio-Schultz from the trap.

The sculpture in the artwork and music video is titled “Equal Parts” and was made by artist Mackenzie Vaughan Pikaart.

Ellen Siberian Tiger play in Philadelphia next on June 15th as a part of Junefest 2018. More info can be found on the event’s Facebook page. View the video below.