Watch Dr. Dog perform acoustic in the XPN CD Library via NPR Night Owl, see them dance across the midwest in the "Heart Killer" video - WXPN 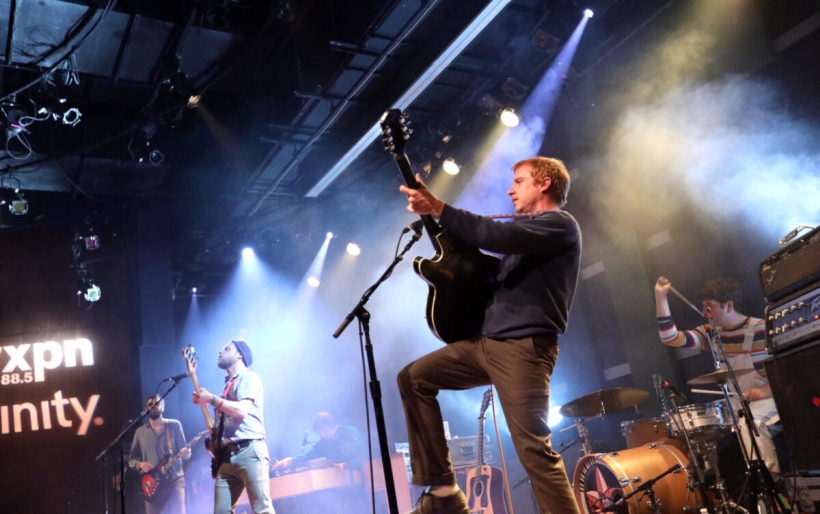 Watch Dr. Dog perform acoustic in the XPN CD Library via NPR Night Owl, see them dance across the midwest in the “Heart Killer” video

Great news for people who like to look at Dr. Dog: you can watch three new videos of the beloved Philly rockers playing (and dancing to) songs from their recent album Critical Equation.

Last month, they celebrated the album’s release with a first-time-ever Free at Midnight concert at World Cafe Live, which you can check out a recap of here. Before the show, the band ducked into the XPN library to warm up with some acoustic renditions of songs from the new album. Fortunately for all of us, NPR was there to capture the intimate performance and has now released that footage as a part of their Night Owl video series, which you can watch below.

The first video captures a melancholy version of the album’s title track, transformed from a psychedelic soul ballad to a campfire sing-along. Similarly, the infectious folk-pop swells of “Buzzing In The Light” take on a new life in the song’s acoustic form, enriched by some ethereal organ tones from keyboardist Zach Miller. Perhaps most exciting about these recordings is the way they highlight the band’s rich and beautiful vocal harmonies, captured pristinely in the intimacy of the space. It’s a testament to the depth of the band’s songwriting that the soul of the songs is not only preserved, but enriched by these stripped-down renditions.

But for those craving to hear Dr. Dog in their fully-orchestrated glory (and see some spectacularly mediocre dancing from singer/guitarist Scott McMicken), there’s a new tongue-in-cheek video for Critical Equation rocker “Heart Killer,” filmed by Brenden Hubbard and Jaffe Zinn between soundchecks on Critical Equation tour stops in Detroit, Minneapolis, St. Paul and Milwaukee. The band promises that “if this video doesn’t go smash viral then certainly a second career in dance/fashion awaits [McMicken].” We invite the reader to draw their own conclusions on that statement by watching the video below.

Dr. Dog will be returning to Philly to perform with (Sandy) Alex G at the Festival Pier at Penn’s Landing on June 23rd; more information can be found at the XPN Concert Calendar.