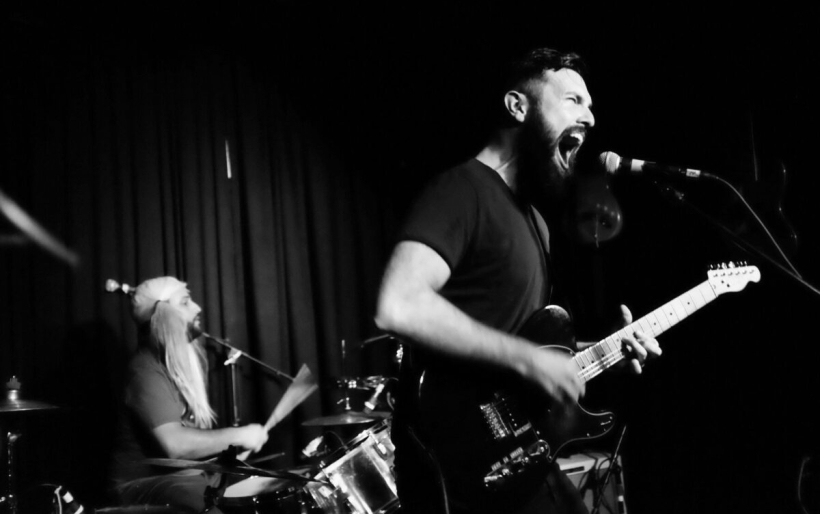 Your favorite Philly alt rock duo Honeytiger is back with a new single and b-side, “Short Cut Loud Talkers,” courtesy of rising DIY label Good How Are You Records.

The single, “Short Cut,” is reminiscent of previous Honeytiger releases. It’s fuzzy and punchy and edgy in all the right places. It’s got a very full sound considering the group is comprised of just a guitar and drums. Singer Isaac Clarke’s vocals are powerful and toe the line between aggravated and full-on shouts in places, and it works. He also is incredibly skilled at easing back and forth between a falsetto, which is equally impressive. Drummer Josh Glauser easily keeps the pace up and going with intricate yet striking beats. Together, the two are a force.

The b-side, “Loud Talkers,” takes everything that I just said, and flips it upside down. This song is absolutely nothing like any other Honeytiger songs I’ve heard, and I love it. Keep going in whatever direction this is, guys. “Loud Talkers” is really not loud, despite the name. It’s slow with that same sense of fuzziness and earnest vocals, but I even get a sort of Middle Eastern vibe from parts of it, especially in the rhythmic guitar riffs right before the song really starts to pick up. It’s low and hinting at something more, which is true because this is just one release of what Honeytiger hopes is many later this year.