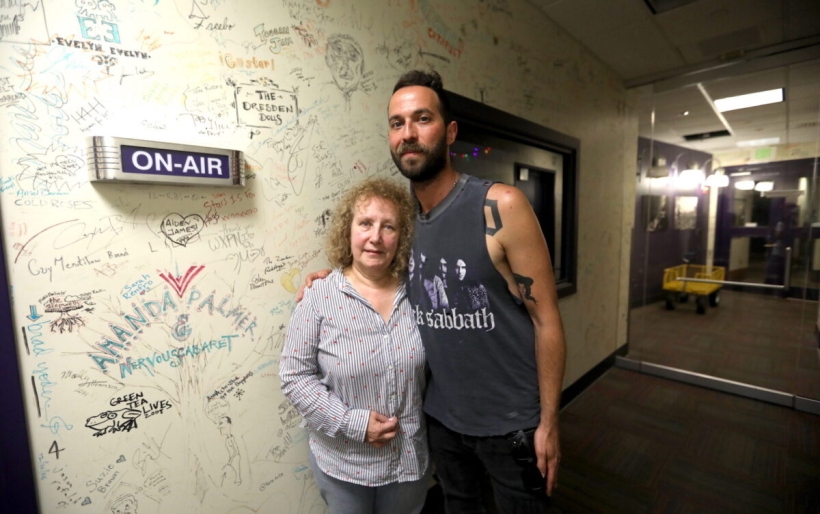 Anthemic modern rockers Mondo Cozmo, the project of Southampton’s Josh Ostrander, will return to Philly to night for a headlining gig at The Foundry of The Fillmore Philadelphia, a teaser of their sure-to-be knockout set at the XPoNential Music Festival this summer.

As a warm-up to the show, Ostrander stopped by WXPN studios for an on-air chat with midday host Helen Leicht — whom he says he’s been sending songs to since he was a kid. When he heard that Leicht was enthusiastic about the band’s debut single “Shine” last year, he said “I couldn’t believe you were finally playing my music!”

The two talk about the new EP that Mondo Cozmo has on the way — Ostrander says it is “beautiful, people are going to freak out.” They swap stories of his PA neighbor and occasional bandmate Chris Archibald from Illinois, and the creative rivalry they have going on: “trying to write a better song than him makes me a better songwriter,” he says. They also talk about the new Mondo Cozmo song “Tonight, Tonight,” recorded with California producer John Hill, who also worked on Portugal. The Man’s hit “Feel It Still.” Ostrander says the recording of the new song “sounds way better than my guest bedroom” where he made Mondo Cozmo’s debut Plastic Soul.

He also talks up his live band ahead of tonight’s gig: “I feel like a boxer going into a ring, every night we knock it out of the park. I feel so humbled to be part of this band.”

Listen to the conversation below. Tickets are still available for Mondo Cozmo’s show at The Foundry of the Fillmore Philadelphia tonight, more information can be found at the XPN Concert Calendar.