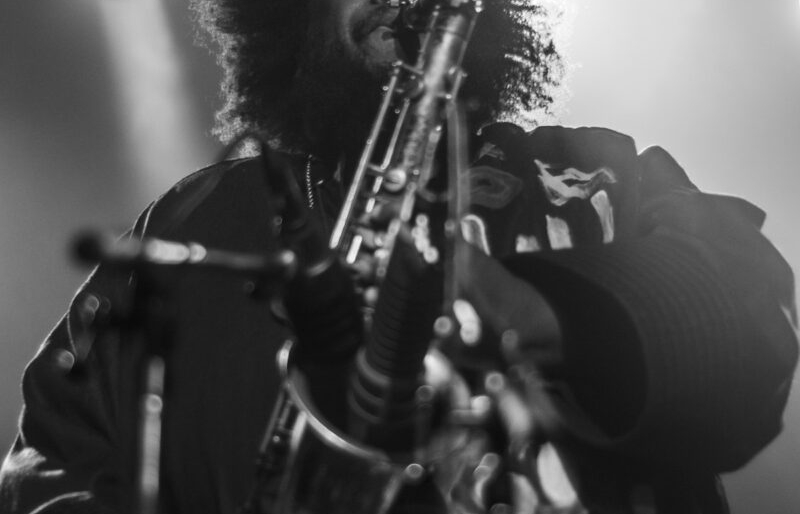 Jazz star child and saxophonist Kamasi Washington has treated fans to an epic music video for his single “Street Fighter Mas.” As the title suggests, the song is inspired by Washington’s love of video games, specifically his childhood accomplishment as a Street Fighter champion. According to Washington, he planned on becoming a pro gamer, and wrote this song to serve as his theme song at tournaments.

The song features a strong and steady drum groove a la funky drummer, epic choir harmonies, bass that fills your chest, and rich piano swirled through. The video itself sees Washington in an elegant robe, gold tipped cane in hand, take a pensive journey to an enigmatic building in which he seems to enter another dimension to battle an anonymous Street Fighter champion. The video’s imagery blends inspiration from silent films, 70s blaxploitation, and kung fu movies to form a unique and refreshing visual.

Check out the video for Kamasi Washington’s “Street Fighter Mas” down below, and be sure to stream his new album Heaven and Earth this Friday, June 22nd. Kamasi Washington headlines the Electric Factory on November 9th; tickets and more information can be found at the XPN Concert Calendar.