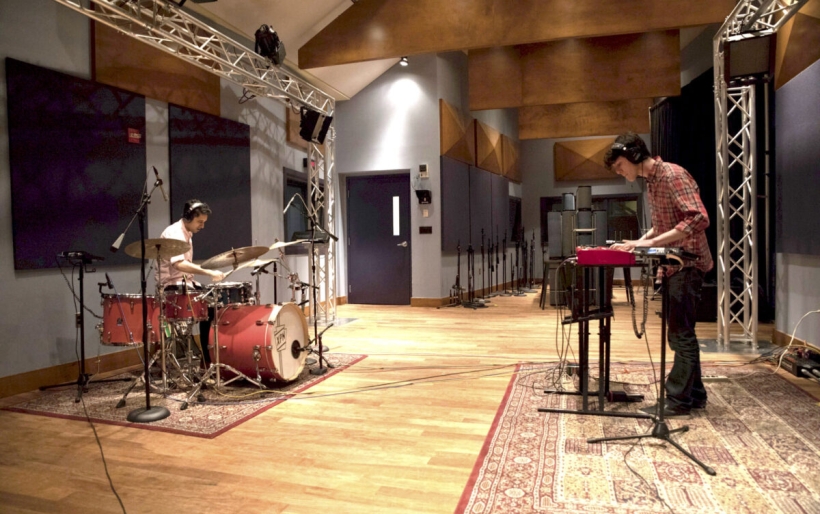 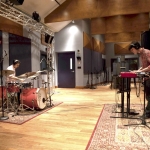 A couple years back, renowned jazz trumpeter Christian Scott introduced the concept of “stretch music” in his album of the same name. The idea was one not of total re-invention or boundary-smashing, but rather of taking one’s creative vocabulary and stretching it to include as much style and range as possible, incorporating uncommon influences while remaining true to one’s musical roots.

Philly duo Trap Rabbit could easily qualify as stretch music for the local scene…though they might prefer their own category of “weirdo beat rock.” Indeed, Arjun Dube’s complex drumbeats are prominently present in the band’s work, propping up and goading on Logan Roth’s expressionistic keyboard playing. It’s rooted in freewheeling jazz improvisation, but also lively hip-hop energy; sleek and suave disco grooves, and also laid-back funk. In the spirit of Medeski, Martin and Wood and Badbadnotgood, Trap Rabbit delivers raw and explosive instrumentals that hit a spectrum of stylistic touchpoints, all at the hands of two people and no overdubs.

Founded in 2015, Trap Rabbit first popped up around the scene as the backing players for left-of-center rappers like MH the Verb. In March, they released their debut EP, Empress, a compelling four-song set produced and engineered by Eric Bazilian at his studio in Villanova. Dube and Roth gave a sampling of it in this week’s Key Studio Session, along with unreleased material as well. Songs cavort from serene openings to cathartic crescendos (“Bald Girl,” which you can watch a video of below), tight grooves to a loose freeform melee (the opening “R U Real”) and even touches of modern classical (the Steve Reich-like complexity of “Upward Mobility”).

Check it all out below, and catch Trap Rabbit live next month when they play Ortlieb’s on July 14th with J Pope and the HearNow and Bree and the Reeds. Tickets and more information on the show can be found at the XPN Concert Calendar.