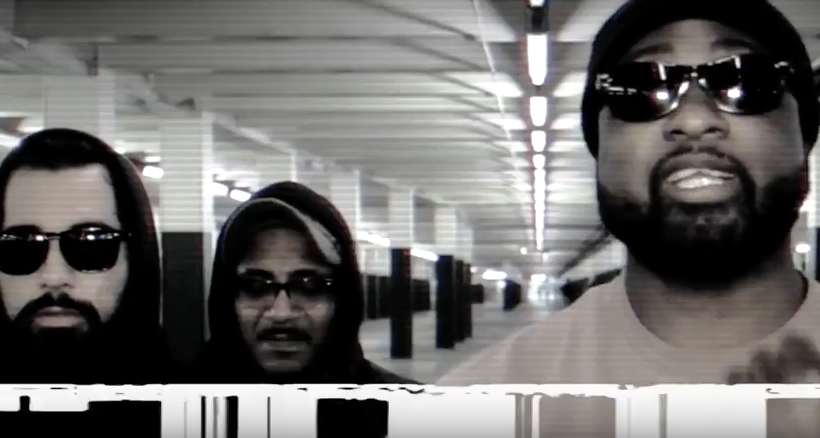 Rockers Galore | still from videoRockers Galore is speaking up against police brutality with their new music video “Philando” featuring singer Candice Mills. In the lyrics, the band speaks about increased fear, unequal treatment and lives lost — “You got no authority to put your hands on me / Stop and frisk is just a target for minorities.”

The song’s namesake is Philando Castile, who was killed in 2017 after being shot seven times by Minnesota Police. Incorporating their aggressive mix of Hiphop, Rock, Reggae, Haitian, and other Caribbean style, Rockers Galore breaks the silence with this music video using their voices and demanding to be heard. The video is filled with clips of skateboarders and different protest footage dealing with movements such as Black Lives Matter. Frontman Blayer Pointdujour comments:

“In this current political climate, it’s important that everyone stand up for what they believe.  I rarely get a chance to attend rallies and protests. So this is my contribution. I want to write an entire record to mourn the loss of the brothers and sisters we’ve lost to police brutality.”