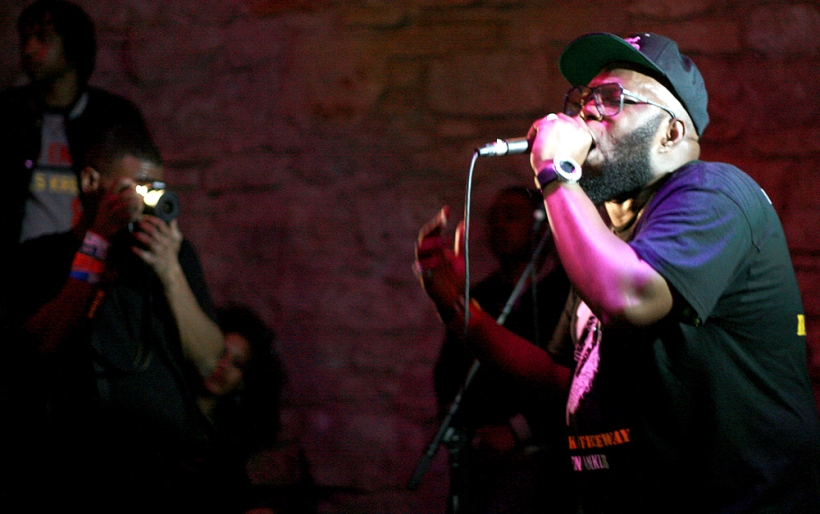 Man, North Philly veteran Freeway has gone through hell and back in these past few years with a handful of serious health scares such as getting diagnosed with kidney failure in 2015 and needing a transplant earlier this year. He is a fighter who refuses to give up, especially on his music.

Following up on his 2016 album Free Will, the Roc Nation rapper just last week released his sixth solo album Think Free, which draws inspiration from his struggles with his health. The list of features on the 13 track collection are pretty solid with appearances from Lil Uzi Vert, Lil Wayne, Jadakiss, Fat Joe, Faith Evans, BJ The Chicago Kid, and more. To build the hype, Freezer released multiple tracks including “All Falls Down,” “All the Way Live” and “Blood Pressure” featuring Lil Wayne AKA WEEZY F. BABY.

“Blood Pressure” is a freakin’ tune with a nice bounce to the beat, making it a perfect layout for the two MCs to start spittin’ — and you already know they go in. All I have to say is “All the Way Live” bumps. “Blessed”, featuring Florida R&B singer Faith Evans, features Freeway showing his appreciation for still being alive and everything he has. In the chorus, Evans sings “You don’t know know / how many times I ain’t think I’ll make it back / we blessed now / when I wake up in the morning / I thank the Lord cause I’m blessed now.” Lastly, Freeway’s hard-hitting bars shined bright in “Come Back” and was the perfect ending track to the well awaited album.

Even with all these obstacles in his way, he continues to stay hopeful and ambitious. Most importantly, he still hasn’t lost his touch or his bars. Below, listen to Freeway’s sixth album Think Free.