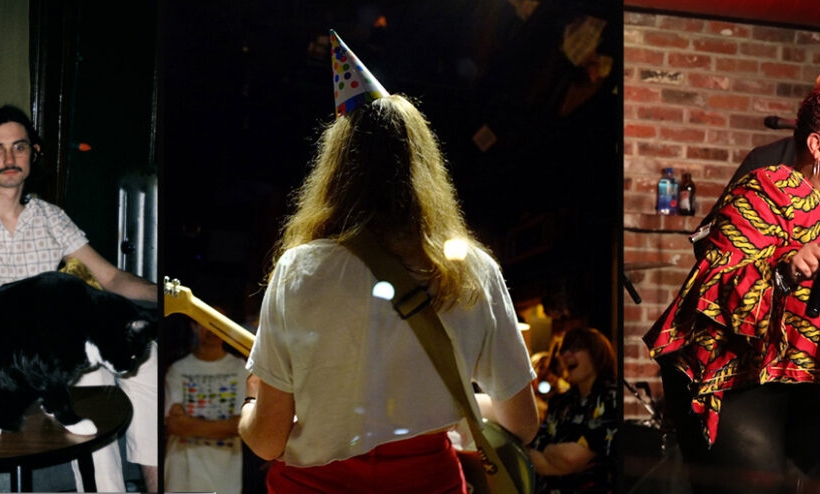 This week, our headphones have been filled without Stones homages, radical folk, dance floor bangers and the continuation of LVL Up.

With the station’s awesome #TBTXPN day-long tribute to The Rolling Stones still fresh, I figured I’d share a 2018 homage to the great “Wild Horses,” and a track in heavy rotation for me since its release this past March. Bonny Doon’s co-lead vocalist Bobby Colombo borrows an old song and reinterprets the Sticky Fingers cut in his own way. Along with the rest of Bonny Doon’s discography, I find myself listening to this laid-back tune every sunny, breezy day in the city.

Sidney Gish makes the kind of lo-fi indie rock that could blend easily into background noise if you let it, but is most certainly worth listening to more closely. Blending offbeat lyrics like “unfortunately I am my own dog, my own fur companion” with a sharp and honest take on common anxieties, this track has me listing the artist’s recent album No Dogs Allowed as one of my favorite under-the-radar releases of the year.

Anthony Green – “Dear Child (I’ve Been Dying To Reach You)”

Since Green’s Avalon tour hits Philly this Saturday, I’ve had the album on repeat all week, and “Dear Child” has been one of my favorite tracks from it for YEARS. It has both punk and acoustic/beachy influences and it arguably sets the unique tone for what Green is all about. If this doesn’t make you want to get up and move, I don’t know what will.

A lazy afternoon on the Smithsonian Folkways Archive led me to the 1973 album A Grain of Sand: Music For The Struggle By Asians In America and this stirring revolutionary ballad that poetically transports the language of politics into the sensations of everyday life. Though musically it would fit on a CSNY album, lyrically this song is miles ahead of even the most radical mainstream folk of its time. Its lessons are as urgent now as ever.

At a going-away party last night for Key contributor Sameer Rao (don’t worry, he’s not going far, just a couple hours south to Baltimore), a group of friends and myself got in a conversation about essential songs from Philadelphia. Not necessarily the most famous, or the most played, but the ones that everybody simply needs to hear. “Don’t Leave Me This Way” by Harold Melvin and the Blue Notes and Teddy Pendergrass came up (a song that later became a big disco hit for Thelma Houston); so did Schooly D’s “PSK, What Does It Mean?” (later sampled by Siouxsie and the Banshees in “Kiss Them for Me,” which was sampled by Nine Inch Nails in “Down In It”). Some essential songs have that kind of connected legacy, and some are just stand-alone bangers. Philly’s Lady Alma came to prominence during the late 90s Back2Basics and Black Lily scenes as an in-demand vocalist and collaborator, and wound up as the voice at the center of dozens of dancefloor rockers over the years. They’re great across the board (“Happiness” by King Britt’s Sylk130 being among the best), but her 2014 single “It’s House Music” brings down the proverbial house. Co-produced with Osunlade and Tom Paine, it’s got a swift BPM and a thumping two-step rhythm, as Lady Alma’s voice riffs and soars to stratospheric heights, all based around the direct refrain: “feel it, do it, move it, it’s house music.”

Trace Mountains — “A Partner To Lean On”

Disappointed that LVL UP won’t be returning for another album? We’ve got the perfect cure. Vocalist and guitarist Dave Benton has his side project, Trace Mountains, with two albums to listen to while you get over the loss of one of today’s best bands. They recently recorded a session with Break Thru Radio, incorporating Greg Rutkin on drums. “A Partner To Lean On” is a blues-y, comforting, semi-biblical tune, offering solace in times of hardship. Benton’s vocals make the piece, muted with a slight drawl and rasp, but the certainty within the words reflected in his steady tone. RIYL: Neutral Milk Hotel, Slaughter Beach, Dog, (Sandy) Alex G.