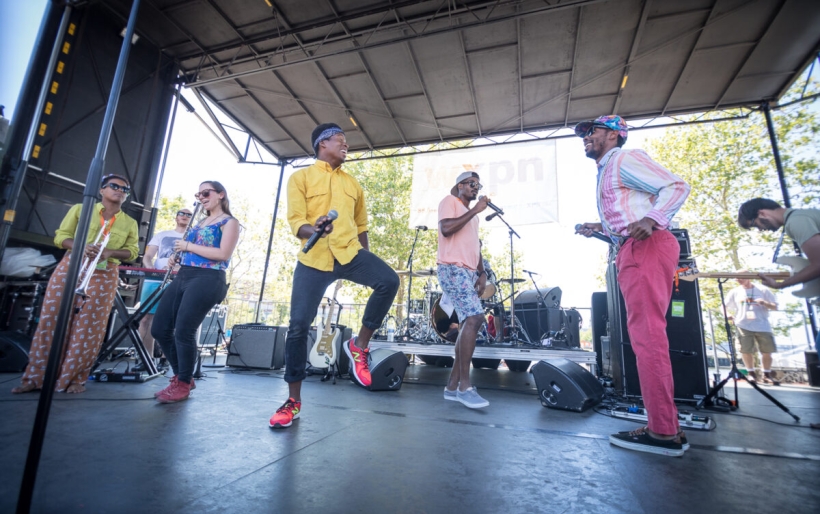 This August brings us not four but *five* Thursdays, which can only mean one thing — more Waterfront Sessions. The free outdoor concert series at Spruce Street Harbor Park kicked off in June with a different local band and DJ set each week, and continues with four more performances throughout July. Now, August lineup is here, giving us more tunes to look forward to as the summer marches on.

While the August 23 performers are still TBA, we do have the details on who will be performing on the waterfront each of the other weeks. Philly punk rockers Restorations are lined up for Aug. 2; they have a new album coming in September and its first single is out now but for this show they plan to play LP1 in its entirety. R&B five-piece Killiam Shakespeare continues the fun on the 9th with a sneak peek of the new tunes they’ve been working on, and the following weeks bring the magnetic presences of roots rockers Hoots & Hellmouth and hip-hop collective Hardwork Movement to the park.

Find the full schedule below, and get ready for the festivities by listening to a song from each artist. More information can be found on the Waterfront Sessions Facebook page and the XPN Concert Calendar.