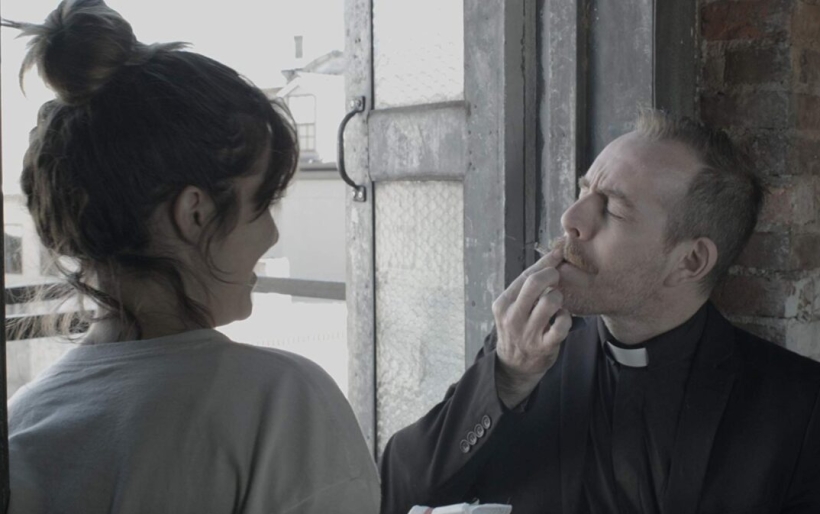 My friend BJ does this thing he calls The Challenge and the basic idea is that you listen to everything that a musician or band has done, in order, and if there’s anything bad you can’t skip it. It can be, well, pretty challenging sometimes to get through a band’s entire discography. Take for example Henry Rollins challenge, where you get the good – Black Flag, those first couple of Rollins Band albums – the bad – much of what he did in the late 90s, some of the more over-the-top spoken word – and… everything else.

If you were really going all out, you might want to watch some of the films he’s starred in, like The Chase (good) or Morgan’s Ferry (really not that bad!) It’s a great way to spend a long road trip or, if you’re the nerdy type, to just get really into a band or a specific artist who has made a lot of music over the years.

All this is to say that if you were to do Ted Leo challenge – from Citizens Arrest to Chisel and on through all of the Pharmacists and other releases – once you listened to his latest album, 2017’s absolute banger The Hanged Man, you’d truly be doing yourself a disservice if you skipped out on the short film he recently starred in called Main Blessings.

The Philadelphia-made movie was written and directed by Abigail Bruley, best known for the cult comedy series Down The Show. She first thought up Main Blessings while recovering from a traumatic brain injury following a car accident two years ago.

In the short, Leo plays a mustachioed, pot-smoking priest – while naming the character “Father Ted” is kind of a given, it’s also very much homage to the absurdist BBC show of the same name – who is meeting with a former party animal looking to join the priesthood to try and make amends for past blunders. That role is portrayed by Josh Agran from the bands Paint It Black and Cassavetes who puts on a very silly but solidly convincing British accent for the film, another nod to Bruley’s influences. As she told The Key, “Dry, preposterous, slow-burn jokes are my cuppa tea!”

Bruley, pulling double duty as both director and actor, plays a woman from Agran’s character’s past who might just upend all his hopes and dreams. While she didn’t know Leo prior to making the film, she was friends with his drummer, Chris Wilson, who incidentally played a priest in the really fantastic video for the Ted Leo and the Pharmacists song “Bottled In Cork” back in 2010.

While not religious anymore, Leo grew up Catholic and attended Catholic schools, including Notre Dame University. He told The Key that, “I’m going to leave judgment of my performance to others, but to me playing a priest felt pretty natural. Me being ‘Father Ted’ has always been something friends of mine have razzed me about.”

Despite his own waned religiosity – or perhaps because of it – Leo said he felt comfortable exploring the role of the priest. “From the script, it seemed like the character was supposed to feel slightly put upon, somewhat questioning, somewhat doubting, possibly wishing he could care more about humanity than the minutiae of checking boxes on this seminary candidates resumé and scriptural knowledge,” he explained. “And that’s the allure of classic Catholicism, right? We don’t have perfect knowledge or understanding – we work toward goals that may never be achievable, but that we hope will result in the betterment of the world and the redemption of humanity. Life is a struggle, and faith should be too. We elevate the struggle to a virtue, in and of itself.”

The almost-Sisyphean nature of that is very much at the core of Leo’s beliefs and something he thought about a lot when it came to his part in this film. “Now, for the record, I don’t believe in God, and I think religion is, at this point, generally a net negative on the world and humanity,” he told The Key. “But I retain a lot of that respect for those who struggle without perfect faith, and I’m sure it’s a big part of who I am and why sliding into a role like this didn’t take months of research for me. I tried to bring some of that to the character, but in a more comedic, world-weary way.”

Leo said that he had a very fun time on set and that one of his favorite memories of filming was, “… the looks that people would give me as we walked from location to location,” which he called hilarious. “You could tell when someone was really trying hard to figure out if they should actually say ‘Hello, Father’ to me. And I felt for them!”

We recently caught up with Bruley to discuss making Main Blessings and what she’s working on next.

The Key: What’s the story behind this film? Where did the original idea come from?

Abigail Bruley: The depths of my consciousness. No really, this idea for a feature I wrote, Main Remains, started bubbling up inside me as I was coming out of a coma. It’s true, not only did I knock on death’s door, but I definitely shook hands with the guy. And you know what I learned? Absolutely absurd things will happen in your life, there is no stopping it. Also, Death, he’s really not that tough. Main Blessings is a companion piece to that feature. I wanted to write something about reentering the world after having your identity completely obliterated. Each character is a little piece of the experience I went through. The experience was completely absurd and, for the right sense of humor, pretty funny.

TK: How’d you convince Ted to be in it? Did you go into it thinking he’d be the priest?

AB: There was no convincing, we’re all in this together and he gets that. I knew I wanted to cast a musician, not an actor. There’s something very authentic that happens when you take an artist out of their natural medium, there’s no bravado, it’s all beginner’s mind.

TK: Is this something you’d like to develop into a longer film?

AB: Yes! Investors, hit me up.

TK: This whole thing feels like it had to be a ton of fun to make. Do you have a favorite story from filming?

AB: This was my first go of it on my own without my production partner, Andy Laputka, who I made Down the Show with. Not only that, but I had literally relearned the days of the week and telling time not too long before it was filmed, so, I see your “labour of love” and raise you amnesia. Luckily, my DP, Kris Kennedy was there to discreetly remind me what a gaffer does and monitor the electric we were using so we didn’t cause a fire.

TK: Are there plans on showing this anywhere? Maybe before the next Ted Leo show in Philly?

AB: It lives on the internet now, but I’m very open to screening it at the right event. It will be a part of the next Philly Film Showcase at The Prince Theater and Ted can do whatever he damn well pleases with it. He earned it.

TK: What’s the next thing you’re working on?

AB: Way ahead of you. I shot another short, On the Dot, my first stab at writing a brain-injured character, which will be released by the time this is printed. I’ll be making two more shorts in this Main series, the second to be filmed this summer with another beloved musician performing my ridiculous jokes. I’ll be releasing a web series I made post-Down the Show and Pre-Coma,The Rub. I’m writing my next feature based on my apartment building and its very unusual tenants. And I’ll be curating an art show for The Fairmount House in January.