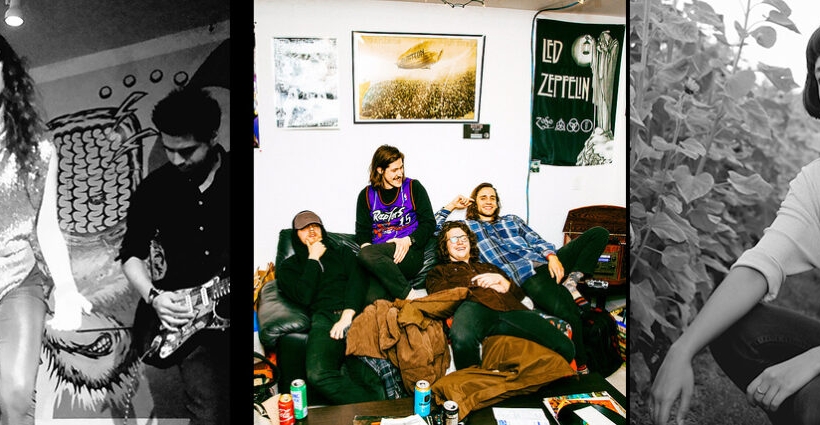 Talking points for anxious high schoolers, a subversive anti-war dance classic, anthropomorphized creatures in folk dreamscapes, and a merengue answer to Karen O’s signature howl. Here are seven songs that have been in our headphones this week.

When you see them live, Femina-X is a whirlwind of musicians with copious energy throwing down on a typically tiny stage. On their studio recordings, that in-your-face energy is absent, allowing you to notice how nuanced and exploratory this San Antonio-based Latin rock six-piece can be. They released their sophomore Kiva album today, and it rides the atmospheric waves of Kate Bush, Tori Amos, and Bjork as much as it incorporates folk and down-to-earth rootsy arrangements. The most asskicking moment of the set, though, is the clincher, “Chica Streets,” where the band I hear propelling out of the speakers with punk noise and raw power is the band I saw own the upstairs stage at Kung Fu Necktie last year. When frontwoman Daniela Riojas howls on the wordless chorus, I can’t help but think of Karen O’s searing voice on Yeah Yeah Yeahs’ Fever to Tell, only here it’s backed with dancehall rhythms and merengue horns. Basically, I can’t wait to see Femina-X again when they play Nuevofest next weekend at World Cafe Live.

West Coast based surf punk four-piece The Frights released a new single off their new album Hypochondriac, set to release in August via Epitaph. The single is a flashback to early 2000’s pop punk, the kind of song a DJ might slip onto an Emo Night playlist. Compact and upbeat, the vocals veer between a complaining whine and bursts of hardcore screaming over crisp chords. The lyrics are laconic and self-critical, the script an anxious high schooler might play on loop in their head.

I found out about this London-based band via the internet void where all of the best (and worst) things tend to appear — Twitter. Luckily, this single from Fresh’s forthcoming EP falls solidly into the “best” category, with its sharp defiance and affirmations like “It’s okay to be a little angry sometimes” over the catchiest of punk riffs. The full EP is out next month.

“In World War II the average age of a combat soldier was twenty-six. In Vietnam he was nineteen. N-n-n-n-nineteen.” A subversive 1985 dance classic well worth revisiting this 4th of July.

This is a song where it’s best not to try too hard to decipher the meaning. It’s moody, lush with instrumentation and atmospheric, fitting the very organically-themed “I Need to Start A Garden.” You can easily see Heynderickx composing these songs surrounded by creatures and plants invading her home, inspiring the diversely arranged indie folk. She sings almost operatically, depicting the anthropomorphized creatures found in every corner, as her fingerpicked guitar is backed by horn, cello, and a distant rattle not unlike the buzz of cicadas. All part of a stunning debut from the Portland-based artist.

For the jawns out there with old souls, check out upcoming artist Odie. From Toronto to the Bay area, he has made a name for himself with his smooth as hell vocals and Frank Ocean-esque vibes. Odie just released his debut project Analogue which fuses genres such as Afrobeat, R’n’B, pop and hip-hop into perfect harmony. Out of the ten tracks, my favorite one is “Story,” a jam with an upbeat rhythm that gets your body bopping and pairs so well with Odie’s soulful voice.

Nestled somewhere between rock contemporaries King Gizzard and the Lizard Wizard and Vundabar sit Chicago’s Post Animal. The band blends modern psych rock cues with Sabbath-scaled breakdowns on their debut full length, “When I Think Of You in a Castle,” out on Polyvinyl this past April. Enter ripper “Dirtpicker.” The five-and-a-half-minute freakout is often performed to close out the band’s high-octane sets, sending fans into one final frenzy on the night. The track stands well on its own, inducing fervor with every listen, as well as within the larger context of the album.