Listen to mewithoutYou revisit their debut at the TLA in the new A->B Live album, watch a trailer for its companion documentary - WXPN | Vinyl At Heart 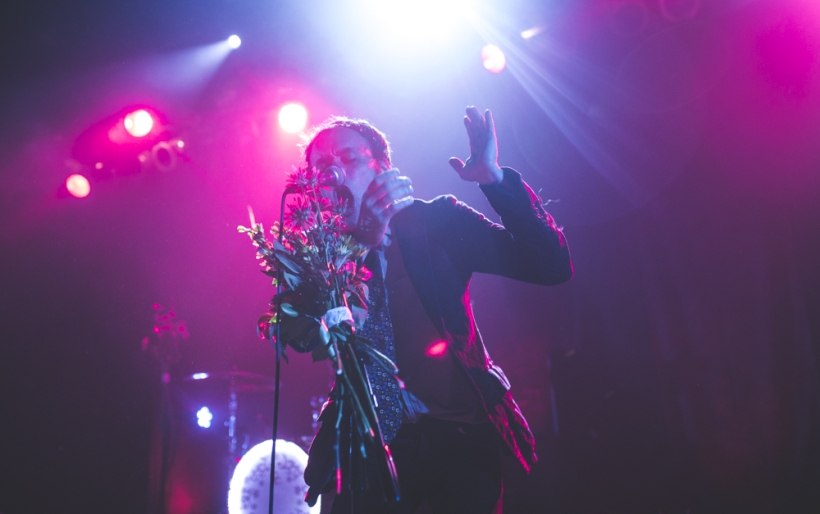 Listen to mewithoutYou revisit their debut at the TLA in the new A–>B Live album, watch a trailer for its companion documentary

Long-running Philly art-punk band mewithoutYou just released a live album in celebration of their debut album [A–>B] Life, which is 16 years old. The album was recorded at the final date of their 15 Year Anniversary Tour show at The Theatre of Living Arts last year. To accompany the live album, the band collaborated with Arsenal Mediaworks to produce a concert documentary that features the full live performance of the final hometown show, as well as with interviews and archival footage that chronicles the band’s history and evolution.

[A–>B] Life was originally released in 2002 via Tooth & Nail Records, and it featured lead singer Aaron Weiss delivering emotionally-afflicted, confessional lyrics in a scraping holler. The band has pulled back on their harsh sound with recent work, and the fresh take on their debut album in [A–>B] Live is more subdued, with gentler vocals, but just as moody and gut-wrenching. Building upon years of experience and a rapidly broadening repertoire, mewithoutYou can only grow bolder and more powerful in their experimental sound.

Listen to the live album below, and watch the trailer for the documentary.