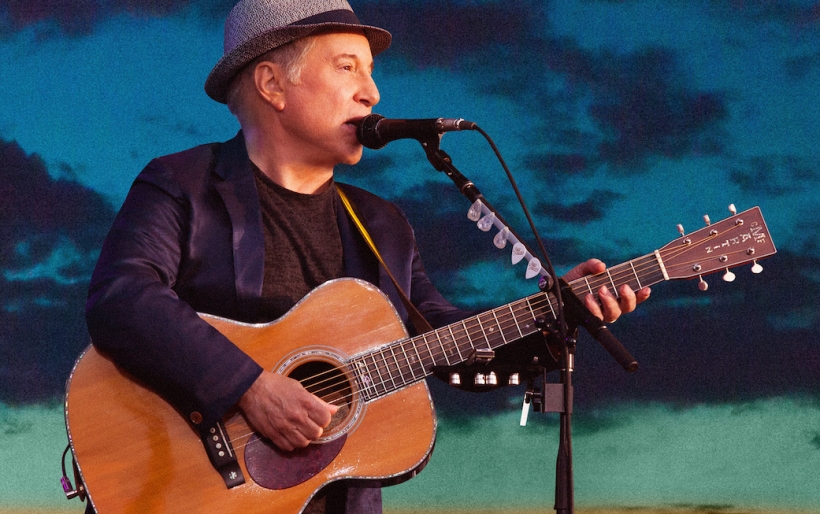 Paul Simon | photo by Jessica Gilbert | courtesy of the artist

Paul Simon announces In The Blue Light, a new album of reworked favorites

Having announced that this leg of his Homeward Bound Tour will be the end of his touring career, Paul Simon still can’t help but searching for perfection, now announcing a new album titled In The Blue Light, to be released September 7th, just two weeks before his final concert at Flushing Meadows Corona Park in New York City on the 22nd. The album will feature contributions from artists like trumpeter Wynton Marsalis, guitarist Bill Frisell, and drummers Jack DeJohnette and Steve Gadd, among others.

“This album consists of songs that I thought were almost right, or were odd enough to be overlooked the first time around,” Simon said in a press release. “Re-doing arrangements, harmonic structures, and lyrics that didn’t make their meaning clear, gave me time to clarify in my own head what I wanted to say, or realize what I was thinking and make it more easily understood.” The ten-track album will include glossed-over tracks from albums across Simon’s solo career, from There Goes Rhymin’ Simon to So Beautiful Or So What. Simon says, “I hope the listener will find these new versions of old songs refreshed, like a new coat of paint on the walls of an old family home.”

If you didn’t catch Paul Simon at the Wells Fargo Center this June, you can find tickets for his final leg here. If you want to learn more about Paul Simon, check out World Cafe’s recent interview with his biographer Robert Hilburn, more info here. In The Blue Light will be released September 7th on Legacy Records.

1. One Man’s Ceiling Is Another Man’s Floor
2. Love
3. Can’t Run But
4. How the Heart Approaches What It Yearns
5. Pigs, Sheep and Wolves
6. René and Georgette Magritte With Their Dog After the War
7. The Teacher
8. Darling Lorraine
9. Some Folks’ Lives Roll Easy
10. Question for the Angels