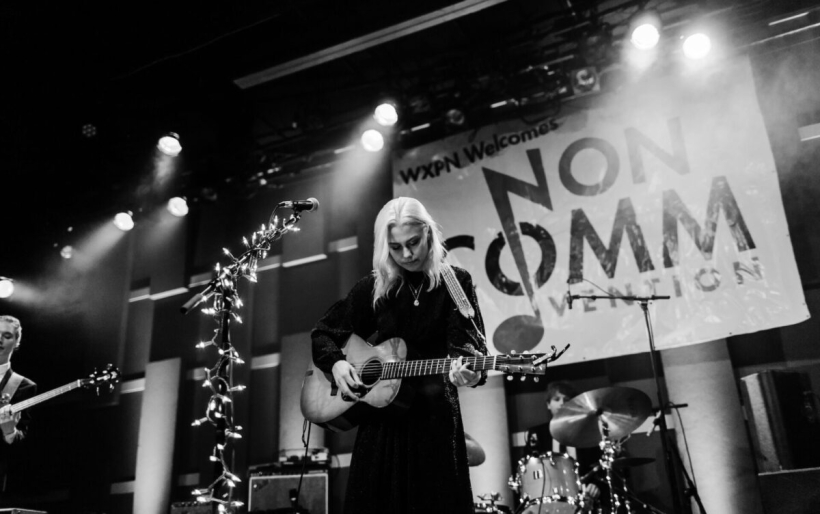 Just two weeks before Phoebe Bridgers takes the stage for XPNFest 2018, she has released a cover of Manchester Orchestra’s “The Gold.” It’s not a surprising take on the song, given both Bridger’s and MO’s tendency to buck genre constraints, and the similarities between Bridger’s and Andy Hull’s inflections. The cover resists slowing down the tempo, and instead re-adapts the song into Bridgers’ style, her guitar backed by a lush environment of electronic sounds and distant percussion.

While some covers can feel forced or comically dissonant, this feels as natural to Bridgers as any of her own songs. Having previously covered Tom Petty and “Have Yourself A Merry Little Christmas,” Bridgers has developed a skill for taking classics and making them feel brand-new, maybe while adding a ghost or two in there. The lyrics follow Bridgers’ dream-like narrative style, often depicting what seem to be stoic characters moving through scenes, singing, “‘You don’t open your eyes for a while/ You just breathe that moment down.’/ Forty miles out of East Illinois/ From my old man’s heart attack”. The crossover is ultimately reminiscent of American folk tales, with subtle meaning found throughout the midwestern imagery.

Phoebe Bridgers will be playing the River Stage at Wiggins Park on Sunday, July 29th for the XPoNential Music Festival, and will be opening for The National, along with Cat Power, September 27th at The Mann Center for the Performing Arts. Tickets and information on both can be found at the XPN Concert Calendar. Listen to the Manchester Orchestra original below.