Made In America's future on the Parkway is in question; Jay-Z responds to city's "eviction" in Inquirer op-ed - WXPN | Vinyl At Heart 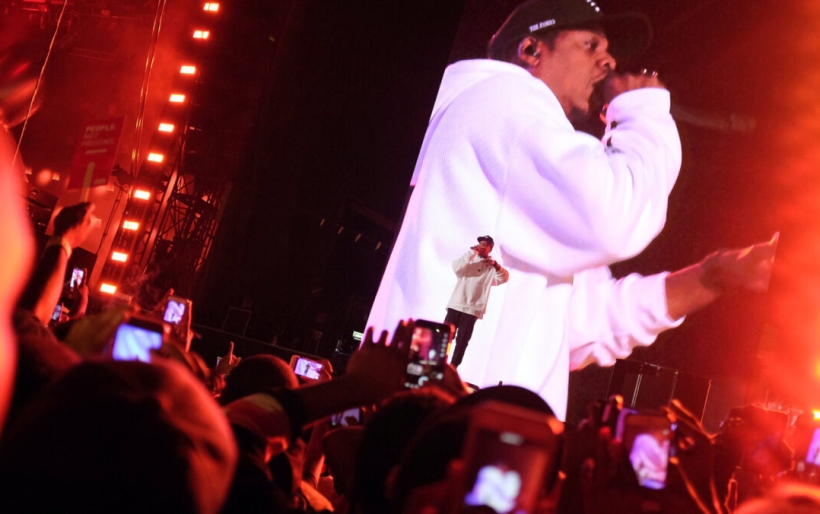 Made In America’s future on the Parkway is in question; Jay-Z responds to city’s “eviction” in Inquirer op-ed

While Jay-Z’s seventh annual Made In America music festival is set to bring Meek Mill, Nicki Minaj, Post Malone, and Janelle Monae to Philly on Labor Day weekend, this could be the last year the event takes place on the Benjamin Franklin Parkway. Or, depending on how alarmist you want to get about it, in Philly at all.

Yesterday, Danya Henninger of Philly news site Billy Penn reported that MIA 2019 would not be held on the Parkway, attributing the news to an unnamed Philadelphia communications official; this was verified by the Philadelphia Inquirer’s Dan DeLuca, who received a statement from deputy communications director Sarah Reyes. Both accounts contained similar reasoning and language: per Reyes in the Inquirer, “When the festival first started, it was intended to provide a unique attraction to the city on the otherwise quiet Labor Day weekend. Over the years, tourism has grown overall, and the need for an event of this scale at this location may no longer be necessary.”

This, however, came as news to Jay-Z and his partners at both Roc Nation and LiveNation, who organize the festival every year. They learned about the city’s intents though the Billy Penn article, and Jay-Z responded to what he’s termed as an “eviction” with a scathing Inquirer op-ed today. As he wrote:

Since 2012, Made in America, one of the only minority-owned festivals, has had a positive $102.8 million economic impact to Philadelphia, and the festival has paid $3.4 million in rent to the city. Made in America employs more than 1,000 Philadelphians each day and 85 percent of our partners are Philadelphia-based companies.

We have studies and reports that prove the festival significantly contributes to Philadelphia’s tourism bottom line. We cannot comment if the mayor has reviewed any of these materials.

We consider this stance a failure on the mayor’s part. Is this an accurate representation of how he and his administration treat partners that economically benefit his city? Do they regularly reject minority-owned businesses that want to continue to thrive and grow alongside his city’s people?

Omar Al-Joulani of Live Nation had equally strong words in an interview with DeLuca: “By saying that they’re not going to accept us back on the Parkway, they are saying that Made in America as we know it is over.”

The festival is at a transitional juncture overall. It lost its title sponsor this year — note that it is no longer called the Budweiser Made In America Festival, and thank goodness for small favors there — but as both Billy Penn and the Inquirer report, that hasn’t had an effect on the event’s bottom line, as sponsorships from PUMA, Abercrombie & Fitch, Citi and American Airlines will help make up for lost funds this year (and allow for non Anheuser-Busch beverages to be sold at the festival, leading to “more variety in food and drink options,” per DeLuca). Henninger also notes that the festival is also looking to expand to other cities — which it previously attempted, less-than-successfully, with a west coast satellite of the festival in Los Angeles in 2014.

Part of the issue could certainly be financial — Roc Nation has paid an average of $566,666 in the aforementioned “rent” to the City of Philadelphia each year, while the city’s price tag for hosting is significantly higher. As Henninger notes, “Last year, the city spent more than $1.1 million on various city services, including police overtime, EMS coverage, cleanup and general Parks & Rec support.” DeLuca also suggests that noise complaints from the surrounding neighbors in Fairmount and Center City could be a factor, but he also notes that the location is part of the appeal: “unlike fests in remote locales, Made in America, which will present scores of bands for a two-day pass of $175, is uniquely accessible, in the heart of a major city.”

This is no small consideration, as so many destination megafestivals are based on the (somewhat dated) Woodstock approach of ad-hoc stages erected in the countryside, audiences settling in for days of camping and relaxed hygiene, and disconnection from the rest of the world. Bonnaroo, Coachella, Reading and Leeds, and all that they spawn operate in this way. Made in America is one of the few (along with Atlanta’s Shaky Knees and, for sure, XPN’s own XPoNential Music Fest) that gears itself towards fans who like the immersive, day-long music experience but also enjoy things like sleeping in a proper bed at night, with indoor plumbing close by.

It’s also worth noting the way Made in America flips the script on the megafestival format by treating hip-hop and R&B as central pillars of its programming, rather than token genres to sprinkle in. This is sometimes lost on some press and festivalgoers who I typically hear wondering “where’s all the rock?” louder and louder each year, but I’ve always loved and admired the way MIA puts black and brown artists, and women, in the forefront and at headliner status. Sure, the lineup pulls heavily from Jay-Z’s Roc Nation roster of artists, as well as his literal family — he’s headlined twice, as has Beyoncé — but at a macro level, this is an important curatorial distinction, one that makes MIA a unique entity in the festival industry, especially considering its scale, and we here at Key HQ hope that the city and the festival can work to resolve their differences.

Thankfully, it sounds like they’re moving in that direction, as much as the city’s intents were clumsily communicated to MIA’s stakeholders in the first place.

Though Jay-Z’s op-ed ended on the cold and ominous note “We will discuss our options internally and handle accordingly,” Al-Joulani was a touch more optimistic in talking to DeLuca, saying “I’m absolutely hopeful, that we can figure out a way to open up a dialogue with the city so we can be back on the Parkway in 2019.”

UPDATE 7/19: Philadelphia Mayor Jim Kenney has responded with a statement of his own:

The City of Philadelphia supports the Made in America festival and is greatly appreciative of all that it has done for Philadelphia. We are committed to its continued success and thank them for their partnership. We hope to be able to resolve what has been an unfortunate misunderstanding. We are working with Roc Nation and Live Nation to resolve this issue and we are committed to continuing our partnership with the Made in America festival.