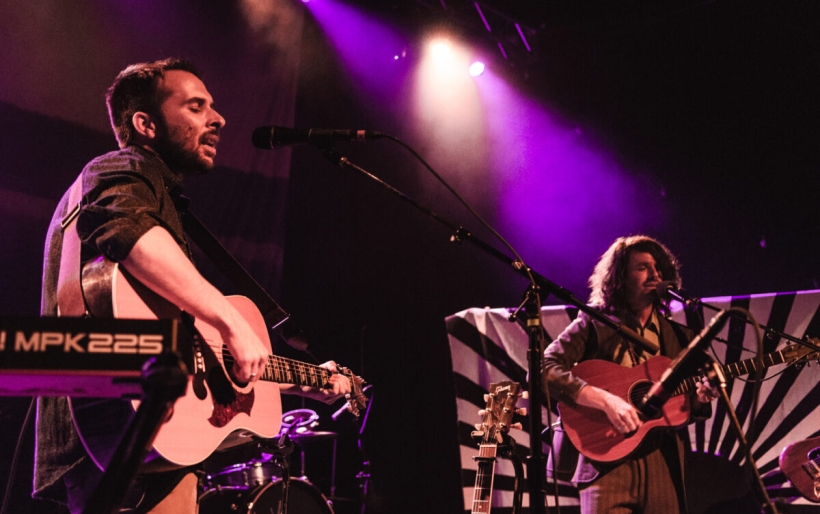 Found Wild, a new project featuring Good Old War members Keith Goodwin and Tim Arnold, released their debut EP while out on the road with Anthony Green and his Avalon 10 Year Anniversary Tour. If you’re lucky enough to see them live this summer, then you’ll hear this masterful new collection of songs front to back.

Leading up to the release, Found Wild teased us with two singles, “Weatherman” and “Nothing Gold Can Last.” The rest of the songs follow the singles’ themes of loss, regret, and forgiveness, and the cool thing is, if you know anything about the relationship between Arnold and Goodwin, then you get to glimpse the most deeply personal parts of it through this new music. Found Wild is the second-winded passion project that pulled Arnold out of the darkness and back into his life, and these songs are sort of like apologetic and explanatory letters to himself and the people he loves about where he was and how he’s ready to move on to a brighter future.

Will Yip, acclaimed producer at Memory Music in Conshohocken, worked closely with Found Wild on developing this release. Yip has also worked extensively with Anthony Green, Circa Survive, Tigers Jaw, and Balance and Composure, to name a few notable local acts from his lengthy repertoire. It’s evident that the recording process was both developed and minimal, because while there are key production hints within the soundscape, a lot of Arnold’s vocals feel very raw and real, just like his lyrics.

The most notable track for me is “Give Me Back My Heart,” which feels so island-inspired and summery and fun. I was lucky enough to hear this song live before I heard it on the album, and the memory of the layered harmonies of Arnold, Goodwin, and surprise guest Anthony Green back in June was enough to make me beg for the final product. It’s a stand-out song, and that kick of happiness that I think this release needs towards the end.

You can stream Found Wild below, and watch the music video for “Nothing Gold Can Last” while you’re at it. The band plays Johnny Brenda’s on Thursday, August 16th; tickets and more information can be found at the XPN Concert Calendar.