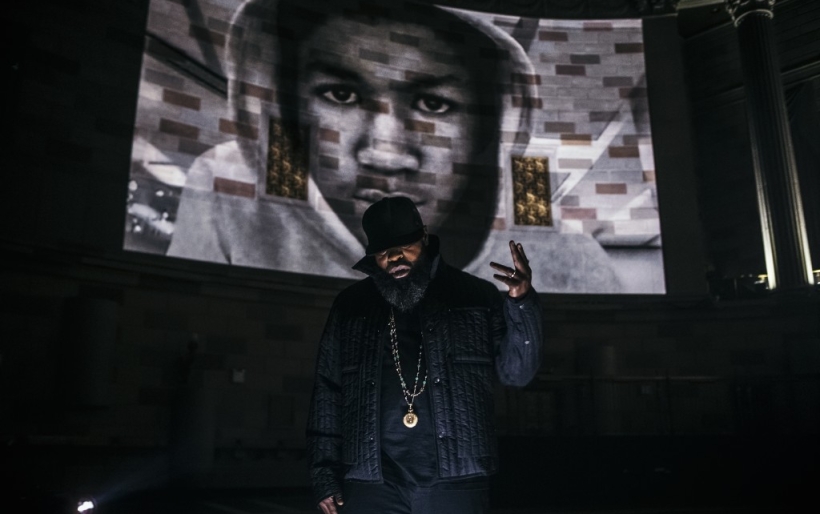 We’ve all come to know the potential of Black Thought‘s lyricism. From The Roots’ 1993 debut to his own monumental Hot 97 freestyle late last year, the Philly-born rapper has displayed multisyllabic rhyme schemes, complex lyricism, and politically aware themes throughout his entire career. Black Thought’s latest track is no exception.

“Rest In Power” is set to appear on Paramount’s new docuseries, Rest In Power: The Trayvon Martin Story. The music video overlaps shots from the series with Black Thought rapping in a palatial hall, with pictures of Trayvon’s life flashing on the walls. Emotionally moving clips of Black Lives Matter marches, Trayvon and his parents, and blood on the flag accompany Black Thought’s rhymes elsewhere in the video.

The first episode of the six-part docuseries premiers Monday, July 30 at 10 p.m. ET on the Paramount Network. Watch both the music video to Black Thought’s “Rest in Power” and the trailer to “Rest In Power: The Trayvon Martin Story” below.