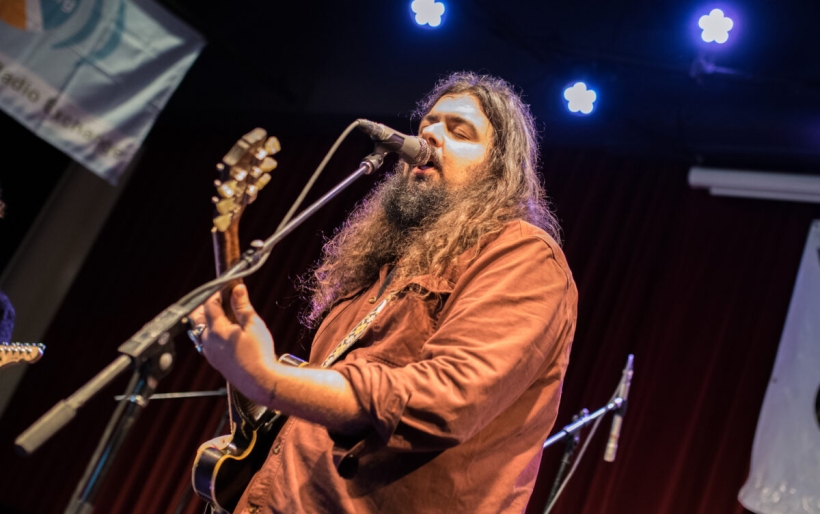 The National Reserve | photo by Emma Silverstone for WXPN

This Friday, WXPN’s July artist to watch The National Reserve will play Wiggins Park for the first day of the XPoNential Music Festival. The country-tinged New York City band has been making the rounds in public radio circles, appearing at NonCOMM the past two years, and performing on the World Cafe-curated camp stage at the Philadelphia Folk Festival last summer. In advance of the latter gig, singer-guitarist Sean Walsh performed a solo acoustic set on the WXPN Folk Show with Ian Zolitor on August 13th of 2017.

During the segment, Walsh and Zolitor discuss the intersection of roots / Americana and rock and roll, as well as travelling and performing at Folk Fest. Walsh also explains how a midwestern motel stay inspired the title track from their 2018 LP Motel La Grange, tells how “I’ll Go Blind” is a middle distance letter to his girlfriend in Reading, and shares his admiration for the lyricism of Dillard and Clarke (whose “Through the Morning, Through the Night” he performed a cover of.

Listen to the session in full below, and get tickets and more information for Walsh’s next local appearance with The National Reserve at XPNFest.org.