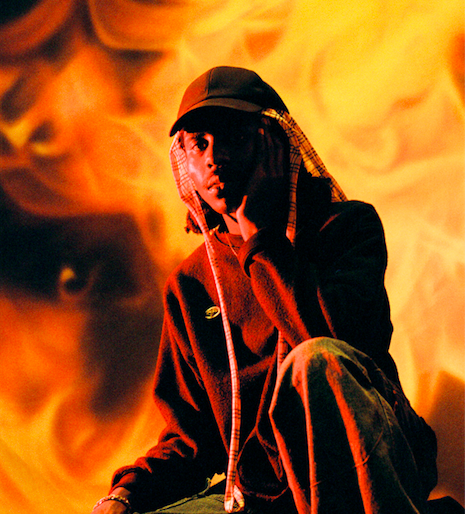 Blood Orange, aka Devonté Hynes, has dropped back-to-back songs off his fourth studio album Negro Swan, out August 24. “Charcoal Baby” was co-written with Proches’ Aaron Maine and comes with a music video directed by Crack Stevens. The video is centered around the theme of community, the introductory monologue talks about having that sense of family where “you don’t have to shrink yourself or pretend or perform.” In a compilation of clips, Stevens explores images of families, both biological and found, painting radiant scenes of celebration and togetherness.

The second video for the song “Jewelry” is directed by Hynes and features cameos by Kai the Black Angel and Ian Isiah. The transgender rights activist Janet Mock is depicted strutting, poised and confident, down a New York street while in a voiceover she talks about the empowerment of occupying “a space where we were not ever welcomed in, where we were not invited.”

In a statement Hynes is quoted saying: “My newest album is an exploration into my own and many types of black depression, an honest look at the corners of black existence, and the ongoing anxieties of queer/people of color…A reach back into childhood and modern traumas, and the things we do to get through it all.”

Watch both videos below. Blood Orange is performing at The Fillmore on September 27. Tickets and more information can be found at the XPN Concert Calendar.