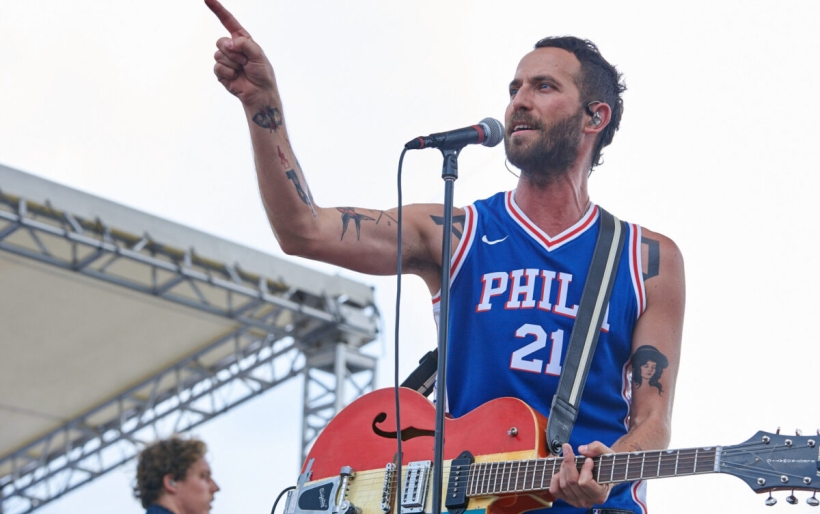 Bucks County-bred, Los Angeles-based Mondo Cozmo took the River Stage full of gratitude as frontman Joshua Ostrander reflected on how he’s been sending music to WXPN host Helen Leicht since he was a kid, and now here he is. They kicked off their set with “Come With Me,” as well as a quick reveal of Ostrander’s Embiid basketball jersey. Do we love him or do we love him?

Following the release of Your Motherfucker, of which Leicht joked that 88.5 can’t play the title track on the radio, the band played a special censored rendition just for our crowd.

The vibe of this set was very “stadium rock.” It was loud. It was guitar heavy. It was one of those sets that made it impossible to sit down, because the whole crowd sang and danced along to hits like “Tonight Tonight” and the slower, sweeter “Plastic Soul,” which turns out is a tribute to David Bowie.

Oslander is also just a ton of fun to watch. He’s so expressive and passionate and clearly in love with everything Mondo Cozmo is. It’s so cool that he’s local and loves Philly as much as we do.

Other songs in the set included “Higher,” “Hey Steven,” a huge crowd singalong to “Shine” and the closer “Automatic.” This was a true rock and roll performance, and I’m happy they were included on the bill for today. Check out a gallery of photos and the setlist below. 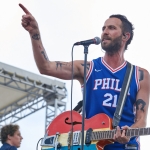