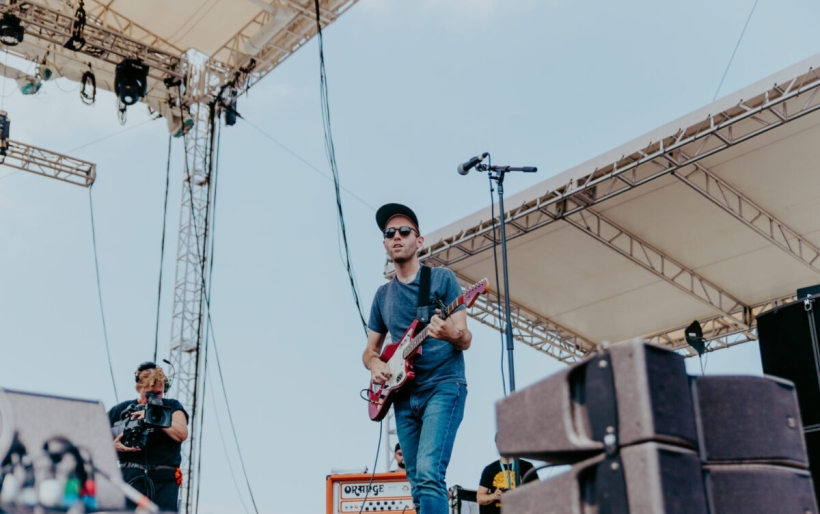 Many folks in the crowd at #XPNFest early this afternoon may not have been familiar with them before they took the stage, but Hurry just proved themselves as one of the best — and most charming — bands in Philadelphia. Making up for lost time after their set at last year’s festival got rained out, the local three-piece played to an audience that quickly increased in size and enthusiasm.

Opening with the title track from their recent album Every Little Thought, Hurry’s set quickly became part indie rock show, part standup comedy special, courtesy of frontman Matt Scottoline. Looking around the river stage, he joked that “most venues we play are the size of this stage, if not smaller,” before telling the story behind the next song, “When I’m With You,” the first and last chord of which made it into the end credits of a TV show…minus the rest of the song.

Scottoline led the crowd in a mid-set chant to keep the energy up: “I say Hurry, you say rocks!” and gave a shoutout to people listening in their cars. The latter end of Hurry’s seven-song set included a cover of Wreckless Eric’s “Whole Wide World,” plus a few more tracks off the recent album. Scottoline made sure to shout out the band’s signature merch item, the Hurry hats, a few of which were spotted among the crowd.

Find photos from today’s set below, and if you’re looking for more Hurry humor, check out the band’s Twitter. 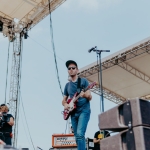