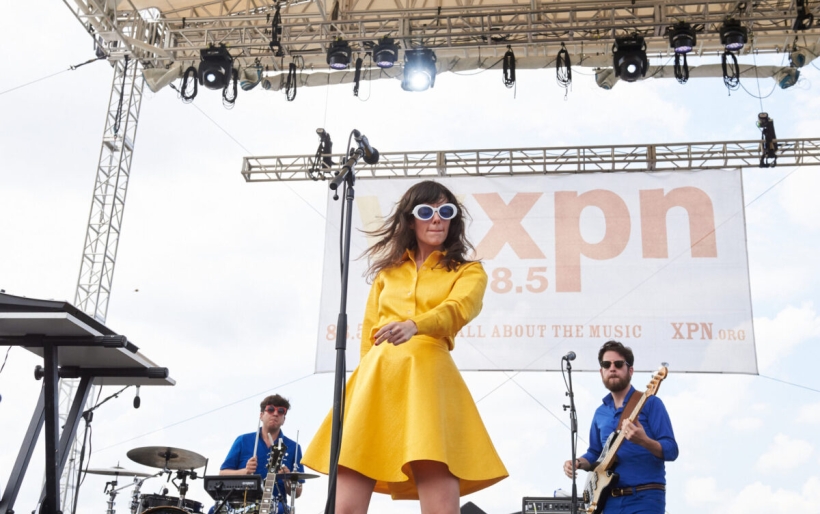 XPN Fest Recap: Natalie Prass grooves the afternoon away on the River Stage

Among her blue-clad band members stood Natalie Prass, front and center wearing a bright yellow dress and big white sunglasses. If an abstract artist looked at the outfit they might envision a flower, yellow with blue petals surrounding the center. Between the look and the sweet tunes coming from the stage, the band may have attracted a few unwanted listeners in the form of bumble bees to their set. Despite the brief disruption, Prass and company shook it off and provided sweet tunes to the festival-goers at the River Stage Saturday, sharing hip-shaking grooves and trance-inducing tracks throughout the afternoon.

The backing band held things down while Prass crooned over bouncy instrumentals, from opener “Oh My” to closer “Ain’t Nobody.” For those listening on the FM dial, Prass picked up the guitar for debut album standout track “Bird of Prey,” adding additional instrumentation for the song’s hypnotic breakdown. Elsewhere, Prass played the synth on infectiously-catchy and XPN-fave “Short Court Style” and “Hot for the Mountain.”

The five-piece was comprised of all Richmond musicians, with one exception. Philadelphia-native Eric Slick sat in with Prass and company, holding things down on the drums, (you may know Slick from his hometown bands, Dr. Dog and Lithuania, or his solo work). Impressive fills and stop-start grooves on “Ships Go Down” were transformed into a driving, swirling instrumental freakout to close out the track.

The instrumental energy on “Ships Go Down” was only rivaled by that of the unreleased bombastic jam “Jass.” Prass said today was the first time this iteration of the live band performed the song, but I would have believed if she claimed it was their 100th time. Prass’ rapid, nearly inaudible lyrics mixed over the driving beat struck the crowd

View the setlist and photos from the performance below. 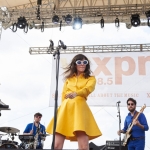