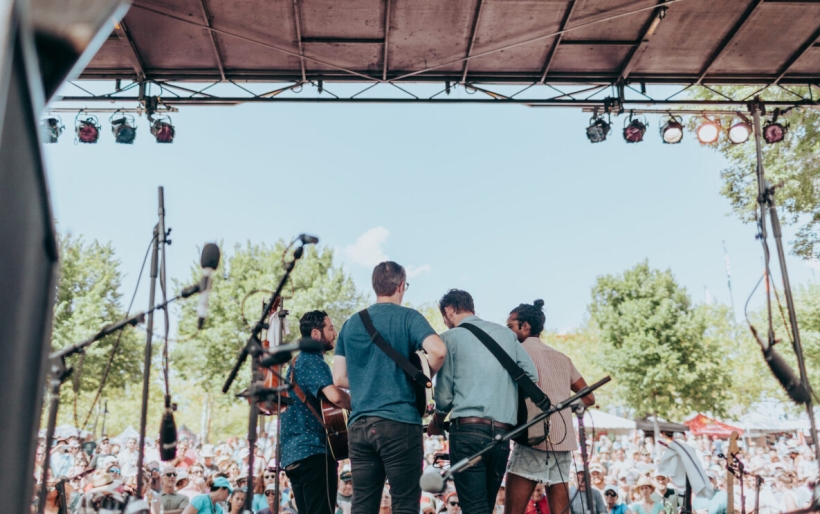 Darlingside is a somewhat unique group in this era of music. The four-piece group formed in Boston, Massachusetts, but their folk-pop genre is what makes them stand out. Their use of folk instruments, such as a violin and cello and their strong vocal harmonies define their sound.

The band brought all of these elements to the Wiggins Park Marina Stage to play the last day of the festival, and people of all ages could be seen enjoying their performance.

Darlingside opened their set with their song “Singularity.” The song perfectly showcases their harmonies, as they all sing around one shared mic. Their soothing vocals are accompanied by an acoustic guitar, and the addition of other insurgents throughout the song creates drama, especially the banjo, which adds a new feeling. No voice is ever hidden when they sing together, and they all sound great singing solo. After a few songs, they introduced themselves, along with their caffeine preferences, which drew reactions from the audience. Instead of talking a lot between songs, the group steamrolled through their set, all the way to the concluding “The God Of Loss” and then “Best of The Best of Times,” which closed the set with  all four men looked like they were indeed having the best time.

Listen to the performance in its entirety below, and check out a gallery of photos from the set. 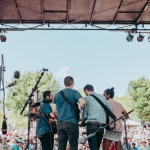 Setlist
Singularity
Eschaton
Go Back
White Horse
My Gal, My Guy
Extralife
The God Of Loss
Best of the Best of Times