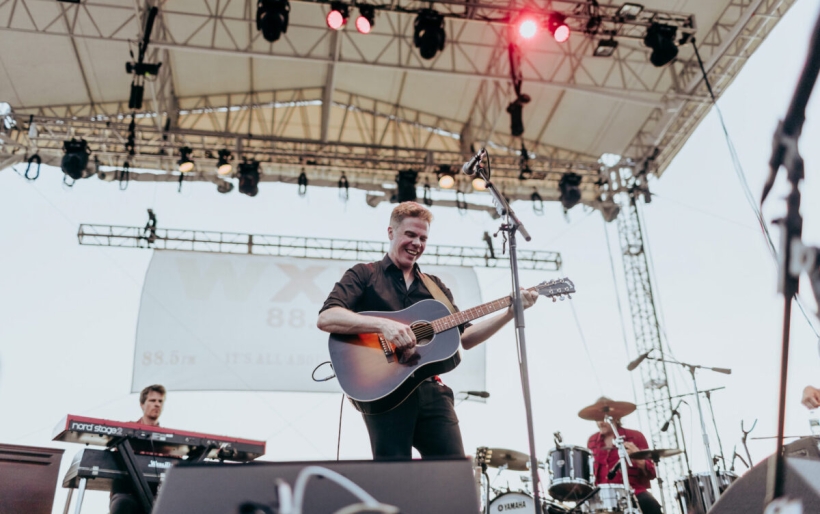 To close another wonderful weekend at the XPoNential Music Festival, longtime station favorite Josh Ritter and The Royal City Band took the stage, sun setting on the Philadelphia skyline in the distance. The colors of the sky progressed through the sunset gradient, from pinks, yellows, and oranges of the early sunset to the purples and blues of nightfall – the perfect backdrop for Ritter’s festival-closing performance. Time can easily escape the crowd during moments like this, lost in the music during the famed golden hour. Ritter’s well timed 18-track set was the perfect compliment to close out the weekend at Wiggins Park.

Ritter and company jammed through a roller coaster ride of a set, filled with the greatest hits from nearly 21 years and 9 albums worth of material. The Animal Years cuts “Good Man” and “Monster Ballads” were featured early on in the set, the former following set opener “Feels Like Lightning,” off Ritter’s most recent LP, Gathering.

Later in the set, Ritter performed an all-star stretch of songs from station favorite “Showboat” to main set-closing “Getting Ready to Get Down.” The rockin’ “Showboat” kicked the set into a higher gear, only to heighten the energy throughout the park with the final verse’s key change and quick-paced lyrics. Getting off to a quiet start, Ritter and company exploded into “Oh Lord (Part 3)” next, followed by 2010’s “Lantern.” It was 2015 hit “Homecoming” Ritter would use to send the park into a trance.

By the time Ritter arrived at the stripped down lyric “The air’s getting cold now, the nights are getting crisp,” the sun had nearly dipped below the horizon, nightfall covering Wiggins Park in a shroud of darkness. The lyrics seemed to speak the weather into existence, a crisp breeze blowing in from the Delaware River to cool off the park. Ritter, band, and crowd en masse exploded into the final chorus, Ritter deploying a call and response to the crowd, and bandmates encouraging clapping along.

It’s moments like these, deep in the late sunset, where the music and setting takes on an etherial quality. An aura of magic washed over the crowd throughout the set, heightened in the final stretch of songs as the last glimpse of daylight escaped the horizon.

“This is the perfect end to the perfect weekend,” XPN Morning Show host Kristen Kurtis said Sunday evening on The River Stage. “I know you guys have been waiting for this moment for two years,” Kurtis continued, alluding to the band’s unfortunate 2016 wash-out. Looking back on Sunday night, the band and the loyal fans were finally rewarded with a blissful performance, all thanks to Josh Ritter and The Royal City Band, to close out the 25th XPoNential Music Festival.

View pictures and the full setlist below, and listen to an audio archive of the entire concert. 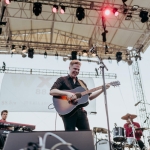