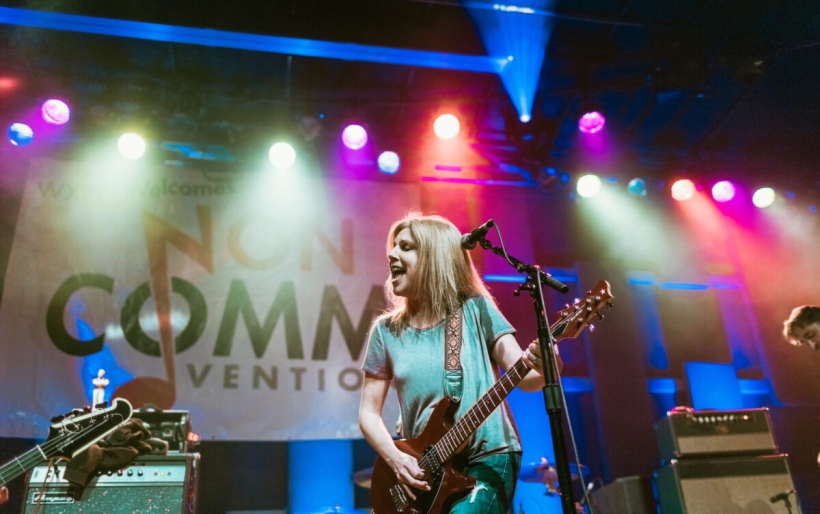 At the start of the summer, Belly sat down with World Cafe host Talia Schlanger to talk about reentry into the music scene, time away from the band, and the first practices back together. Schlanger described Belly’s reentry as throwing another party, after leaving the first party 23 years ago. In addition to bringing a new album, DOVE, to the party, they’ve also brought a new music video in the form of “Mine.”

Drummer Chris Gorman directed the video, drawing heavily on pop culture of the 60’s and 70’s, especially in regard to comic books and Sci Fi. In a press release, Gorman says “I think ‘Mine’ is a love song, and what’s more lovable than monsters?” Gorman also pays homage to the style of filming during this era, which he says “[makes] the monsters sympathetic and loving rather than terrifying.”

Belly goes out on tour this month with plans to stop in Philadelphia on September 28th. Find tickets to their Union Transfer show on XPN’s Concert Calendar, and view the music video to “Mine” below.