Joey Sweeney holds on to the past with an ode to memories, "Polaroids on the Floor" - WXPN 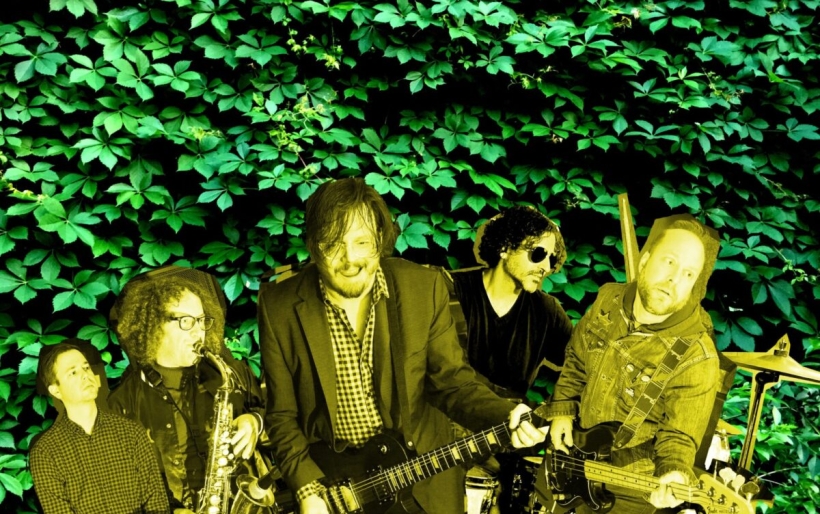 Joey Sweeney holds on to the past with an ode to memories, “Polaroids on the Floor”

Joey Sweeney & The Neon Grease have dropped yet another single off upcoming album Catholic School, out September 7th. “Polaroids on the Floor” is laced with 80’s nostalgia, a bouncing tune with choppy keyboards and threaded with saxophone solos reminiscent of anything from Springsteen to early ska.

Sweeney croons sweetly off-key wearing a barbed smile, locks of greasy hair falling across his forehead. “There’s garbage in my dreams, encore, un Coeur,” he sings, juxtaposing sarcastic remarks with pristine, poetic language. In the video, filmed by Bob Sweeney and guest starring Kara Khan from Pop Up Polaroid, people congregate on a dance floor upstairs at The Standard Tap, shaking their hips under the glow of red neon light while Polaroid photographs pile up on blank surfaces. (You even see a birthday cake for Neon Grease bassist, XPN’s Jared Styles, as the video was indeed shot on his birthday.) The song functions as an ode to memory, to the wistfully quixotic grasping onto of the past, a reflection of the current state of pop culture.

Joey Sweeney & the Neon Grease play a release party at Everybody Hits on September 7th; tickets and more information can be found at the XPN Concert Calendar.