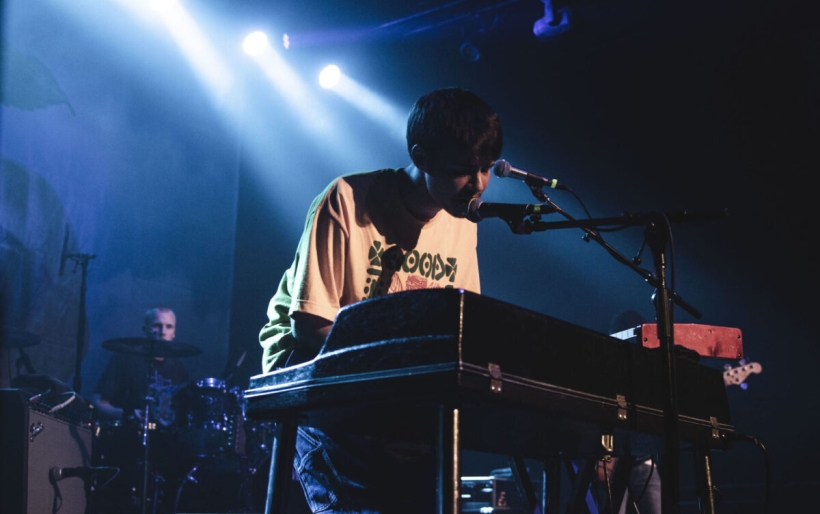 As soon as I stepped out of the car, I spotted a lengthy line that snaked all the way around the block. We were all here for one reason, and that was to witness the soulful vocals of Alexander O’Connor, AKA Rex Orange County, as they lit up Union Transfer. A lot of people first got a taste of the 20-year-old artist when he was featured on Tyler, the Creator’s Flower Boy.  Immediately afterward, people realized that this English singer/songwriter was a talent to be in awe of.

The sold-out show opened with London band ARTHUR, and as they were performing, you could feel the crowd getting more anxious for the arrival of the headliner. Immediately when the lights began to dim, I knew things were about to get emotional. As Rex walked out, the crowd went ballistic. He hopped on the keys and hit us with some angelic vocals on “Rex (Intro)” followed by the album titled track “Apricot Princess” and then the funky boogie-woogie track “Television/So Far Good”. What I loved most about Rex Orange County was how animated he was on stage. From his hands to his facial expressions, you could really see him getting into the music, especially during his sweet rap/spoken word heavy release “Uno”. It was clear from the start that Rex’s charm and soft-side strongly shined throughout his music. I wasn’t prepared when he covered the heart-tinkling gem “No One” by soul diva Alicia Keys on the guitar. The audience was weeping and singing along, hitting every single word. Rex Orange County wears his vulnerability on his sleeve, and on “A Song About Being Sad” he made that apparent. Slowing the pace further, he showcased his raw lyrical talents with “Untitled”, a nostalgic and brutally honest ballad. There’s a part in the song where he whistles, and he hit every single note, which is incredibly impressive. Whistling is difficult (especially for me).

Of course, Rex revived the crowd after the plethora of emotional songs with the more upbeat indie pop track “Sunflower” and “Best Friend.” No one was ready for the end of the show, but we all knew it was near when he hovered over the keys. When he hit the first chords, I felt my heart stop as he began singing “Happiness”, a beautiful fluttering piano-tingling track. A spotlight was centered on Rex as he finished the song then he softly spoke into the microphone with the words “until next time.” Of course, Rex was playing around and returned for glorious piano-pop track “Loving Is Easy,” finished what he started, sending the crowd off with the blissful single and leaving every single person with a smile on their face. 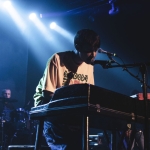