Get acquainted with the atmospheric indie anthems of Lester - WXPN 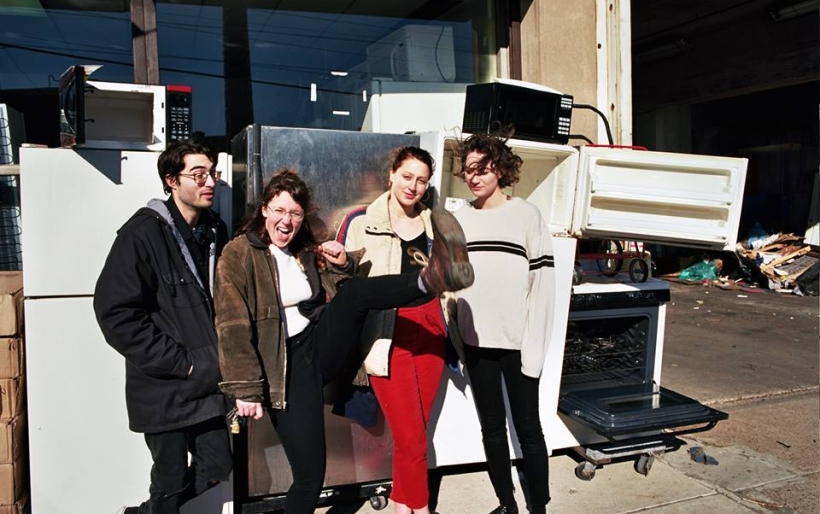 Lester | photo by Georgia Smith | courtesy of the artist

Get acquainted with the atmospheric indie anthems of Lester

The forces that would produce the Philly indie quartet Lester were set in motion about two years ago when drummer Tim McMonigle invited high school classmate Juli McCue to photograph a performance by his current band, the Chelsea Kills. When McCue and Chelsea Kills bassist Alex Ruane met guitarist Hannah Kolitz at a Creep records show shortly thereafter, the trio joked about having a jam session together. The rest, as they say, is history. With McMonigle on drums, Lester made their live debut in July 2017 and released their debut EP swamp almost exactly a year later.

If swamp is any indication, Lester check all the boxes to be a Philly D.I.Y fave. Their songs have the ethereal quality of a Cranberries cassette, nostalgic both in their jangly fuzz-pop arrangements and the warm, lo-fi sonic palette. Spacey verses give way to explosive choruses, buoyed by soaring harmonies and a driving rhythm section. McCue’s anthemic songwriting is shaped by kinetic dynamic shifts (listen to the push-and-pull of energy on the opening track “blunder”) and rich, dual-guitar textures. On “perennial”, abrupt soft-loud contrasts create a melodrama in sound both intimate and bombastic. These are songs that demand to be shouted along to, lighter held high, awash in sound.

Listen to swamp below. Lester will play Underground Arts on August 25th with Straw Hats and Gender Work; more information on the show can be found at the XPN Concert Calendar.