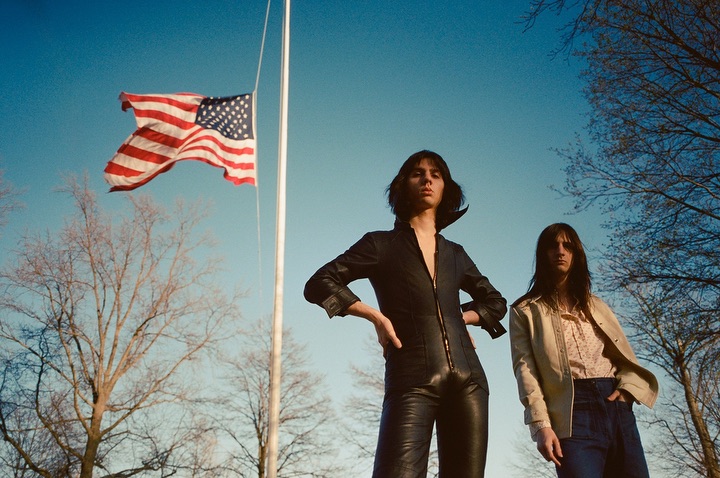 The Lemon Twigs | photo courtesy of the artist

Beloved Long Island rockers Brian and and Michael and D’Addario, better known as the Lemon Twigs, released a 6-minute multi-movement epic “The Fire”, the third single from their upcoming 15 track “musical” Go To School.

The album “tells the coming-of-age story of Shane, a pure of heart chimpanzee raised as a human boy” and features contributions from Todd Rundgren, Big Star’s Joey Stephens, and the D’Addario brothers’ mom and dad. Rundgren is an obvious point of reference on “The Fire”, which feels something like a montage of 70’s styles from AOR singer-songwriters to the theatrics of Elton John and Queen. How exactly the song’s narrative fits into the larger plot is a mystery yet to be known, but the story of “The Fire” alone is satisfying and even a bit moving in its absurd drama.

Go To School will be released August 24th via 4AD. Lemon Twigs launch a headlining North American tour in October that will come to Union Transfer on January 15th. Full tour dates are listed below, information on the Philly show can be found at the XPN Concert Calendar.