R.I.P. Aretha Franklin: Remembering the incredible career of the Queen of Soul - WXPN 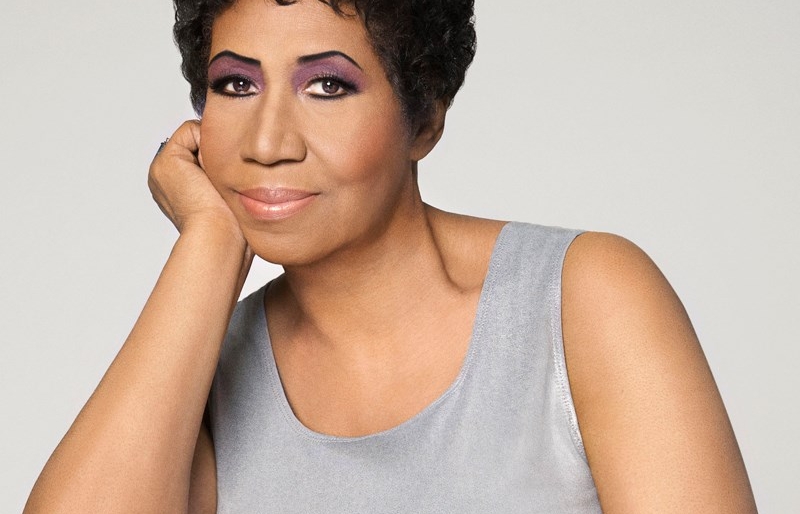 R.I.P. Aretha Franklin: Remembering the incredible career of the Queen of Soul

By John Vettese
August 16, 2018
10:08 AM
Share
Aretha Franklin | via facebook.com/arethafranklin

The queen of soul, the dynamic voice that bridged gospel to R&B to rock and beyond, the one and only Aretha Franklin, has passed away today at her family’s home in Detroit. She was 76 years old.

According to news reports in NPR Music and  the Washington Post, Franklin’s representative Gwendolyn Quinn confirmed the death to the Associated Press and said the cause was pancreatic cancer.

Amazingly, Franklin spent 57 of her 76 years in the spotlight – her debut pop record was recorded in 1960 and released in 1961, and she worked and toured until her retirement in 2017. If you further consider that she sang in her father’s church choir from a young age and recorded her first gospel album at age 14, the number of years only expands.

Aretha Franklin is the rare example of someone dedicating their life, wholly and completely, to their art – in her case, her music, and her uplifting, soul-shaking, roof-raising voice.

The youngest of four children, Franklin was born in Memphis on March 25th, 1942, to a preacher father, Clarence LaVaughn “C.L.” Franklin, and a pianist-singer mother, Barbara Siggers Franklin. The family moved to Detroit when Aretha was five, and her parents separated a year later; she remained with her father, and due to his charisma and regional renown as a preacher, she found herself growing up in the presence of gospel and soul icons like Mahalia Jackson (a family friend), Inez Andrews, and Jackie Wilson.

Soaking in all these influences, Franklin learned to play piano by ear and by age 10 was singing solos for her father’s congregation at New Bethel Baptist Church in Detroit. Her first album was the gospel record Songs of Faith, and she toured with The Caravans and The Soul Stirrers – the latter being the group that featured a young Sam Cooke.

Seeing Cooke successfully launch a secular career, Franklin was inspired to do the same, and under her father’s management, she signed to Columbia records in 1960 when she was 18 years old. Her first secular album, Aretha: With The Ray Bryant Combo, featured her first Billboard Hot 100 single, “Won’t Be Long.”

She recorded steadily, releasing six albums by the middle of the decade with chart-topping songs like “One Step Ahead” and “You Made Me Love You,” and her live show came to venues like the Showboat in Philadelphia and the Apollo in New York.

But her breakthrough year was 1967 – a year in which she released an astonishing four albums: Take It Like You Give It, I Never Loved A Man The Way I Love You, Aretha Arrives, and Take A Look.
No small part in that year’s momentum was her signature single, “Respect,” the opening track on Never Loved A Man. It was a cover of an Otis Redding single previously released in 1965, but Franklin’s delivery transformed it – from a desperate man pleading with his partner to a confident woman demanding equal footing in her relationship. It went on to become a touchstone of the feminist movement as well as the civil rights movement of the late 60s.

Never Loved A Man also featured “(You Make Me Feel Like A) Natural Woman” and “Baby I Love You,” while the following year’s Lady Soul and Aretha Now included other iconic songs like “Chain Of Fools” and “Think.”

Her recording success continued across the 70s, with 1972’s Young, Gifted and Black and 1976’s Sparkle both achieving Gold stats. The year 1980 was another big one for her — she signed to Arista Records, released the album Aretha, performed at London’s famed Royal Albert Hall, and made her big screen debut playing the waitress Mrs. Murphy in The Blues Brothers.

Likewise, 1998 was significant, between releases and performances. She collaborated with Lauryn Hill, who wrote and produced Franklin’s song “A Rose Is Still A Rose,” the title track from her final Gold album. She also turned heads at the Grammys that year with an operatic performance: filling in for the ailing Luciano Pavoratti, she sang the Puccini aria “Nessun dorma.”

In February of 2017, she announced that her upcoming album and summer tour would be her last. “I feel very, very enriched and satisfied with respect to where my career came from, and where it is now,” she told Detroit Local 4 reporter Evrod Cassimy.

All told, Franklin released 42 studio albums that have sold 75 million copies worldwide; she’s had 112 songs on the Billboard charts, including 17 top ten pop singles and 22 R&B number ones; she’s considered the most charted woman in Billboard’s history, and has won a total of 18 Grammys over her career.

Below, listen to a playlist of highlights from Aretha Franklin’s amazing lifetime of music.