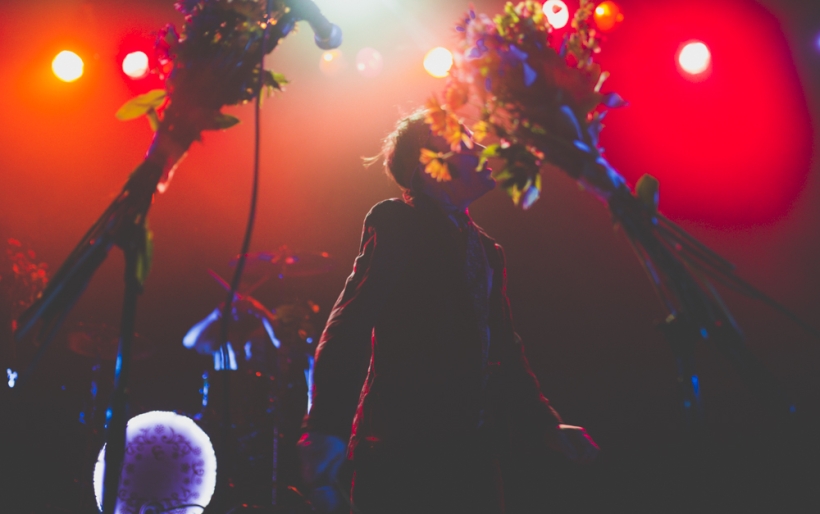 Fans of mewithoutYou, I hope you’re sitting down. The long-running Philadelphia post-hardcore pioneers released a new track, “Julia (or, ‘Holy to the LORD’ on the Bells of Horses),” a few days ago, and suspicions that the single is indicative of something greater have now proven true.

The band, whose multi-genre exploring music has endured unwaveringly since their formation in 2001, has just released a surprise EP. Over its seven tracks, the EP, [untitled], ventures into new territory for mewithoutYou, blending the personal and political in their signature poetic way. But wait — “Julia…” isn’t on the new EP.

That’s because it will appear on another release — mewithoutYou have a full-length album on the way. Called [Untitled] (with a capital ‘u’ this time), the LP is due out October 5 via Run For Cover Records. It’ll be the band’s seventh full-length, and brings us another 12 tracks to look forward to.

Vocalist Aaron Weiss discussed the boundary-pushing new music in a press release. “It’s always a question within the band of how much to push out into the unknown. We always want to do something new, but it was a question of how much we wanted to push our own boundaries,” Weiss said.

“So much of this album is so profoundly personal. To be able to go into the depths of whatever I am and then face it, and find some reason for hope, a reason for joy, in the face of that, to have that be the takeaway, to have a positive resolution, that’s what it’s about.”

Watch a trailer for the project below, listen to [untitled] via Spotify and pre-order [Untitled]here.