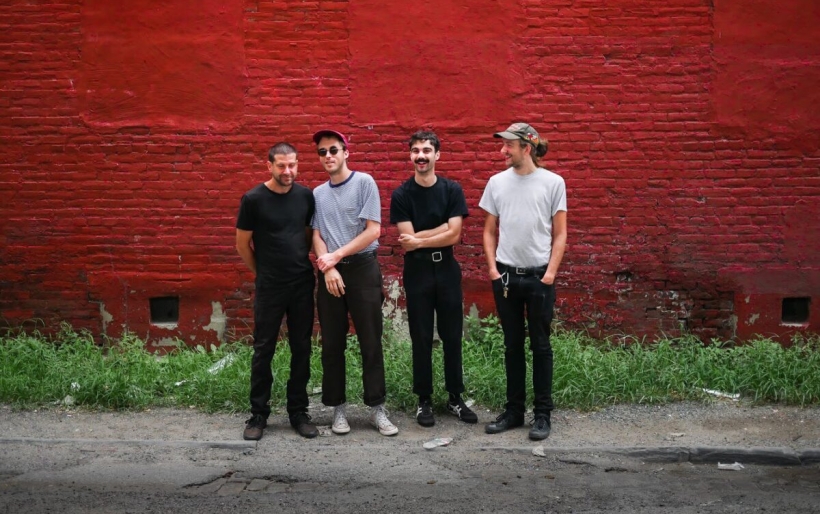 The Vernes | photo by Crosby Clouse | courtesy of the artist

Philly via San Francisco rockers The Vernes released new music this past weekend, the title track to upcoming LP Maybe I’ll Feel Better When I’m Dead. The track is a jam and a sign of good things to come from the Philly rockers, who release the full album on September 28th.

While The Vernes previously released their self-titled debut in 2017, the upcoming Maybe I’ll Feel Better When I’m Dead marks the band’s debut studio album. Instead of releasing home recordings like on that first record, the band enlisted Joe Michelini (American Trappist, River City Extension) for recording and producing the upcoming album.

The title track shines from the opening chords, similar to previously released effervescent tracks “fcking drones” and “summer’s gone,” but a noticeable upgrade in quality sets this track apart from its predecessors. Singer / guitarist Matthew Gragg’s distinct vocals and introspective lyrics take to the forefront, naturally. The contrast and harmony between the lyrics and instrumentation is a key signifier of the band, one they’ve been honing for the past few years. Gragg’s vocal delivery explodes into the chorus, crooning the contemplative “Maybe I’ll feel better when I’m dead” lines throughout the end of the song.

The Vernes play Boot & Saddle this Saturday, August 25th alongside American Trappist and Carroll, but the group has also announced tour plans for the fall. Find the full list of tour dates below, visit the group’s Bandcamp page to pre-order the album, and stream the lead single below.