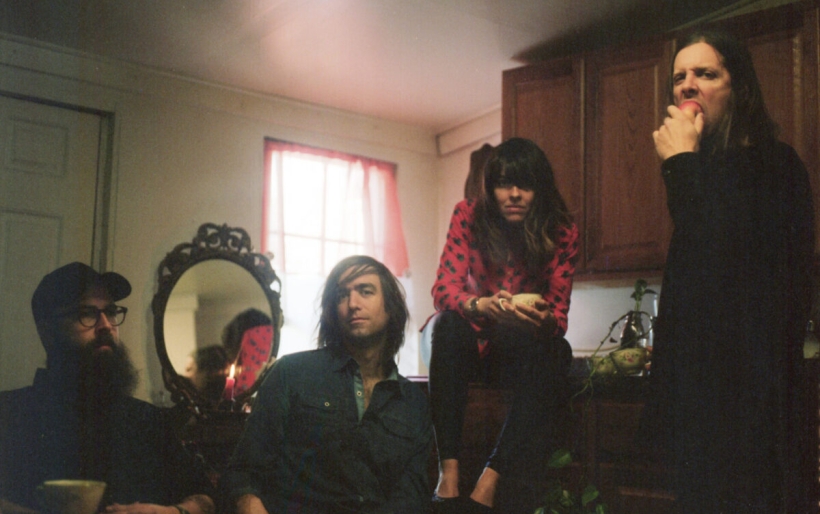 Hop Along | photo by Tonje Thilesen | courtesy of the artist

I’ve always thought that Hop Along seemed like a pretty fun band, but nothing has made me want to hop in a van and go on tour with them like the new video they’ve shared today. As their extensive tour across the US following the release of their recent album Bark Your Head Off, Dog winds down, Hop Along has given us an insider’s look at their life on the road with a collection of grainy footage set to the track “Somewhere a Judge.”

The video shows Frances Quinlan and her bandmates tossing frisbees, sharing meals, taking in the passing sights, and of course, playing a live show night after night at packed venues across the country. There’s also a cool segment where the camera turns away from the band to watch a painter create a mural advertisement for the new album on the side of a building. Even though we know touring life isn’t always all fun and games, Hop Along seems to make the most of it, finding time to enjoy and document each moment as they share their new music with the world. As you can hear drummer Mark Quinlan say at the end, “That’s a video for &#*$ing sure.”

Watch below. Hop Along’s time on the road isn’t over just yet — after a short break, they’ll be joining The Decemberists in Europe. Here’s hoping they keep on filming.