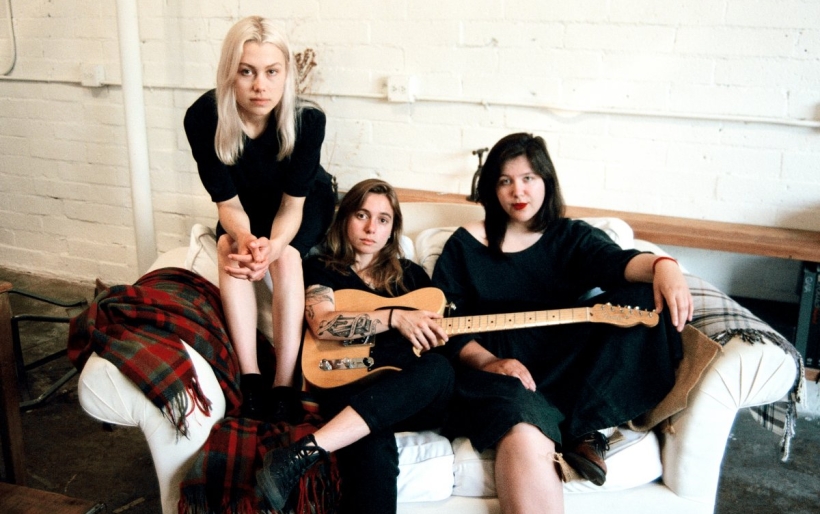 The three musicians behind the new project boygenius — Phoebe Bridgers, Julien Baker and Lucy Dacus — are well known individually for their solo work, but have evidently been thinking about joining forces for some time now. After some vague teasing of a collaboration, we finally know what the songwriters have been up to. They’ll release a self-titled EP as boygenius in November and have shared three tracks, “Bite The Hand,” “Me & My Dog” and “Stay Down,” that are available to stream now.

Each song features a different lead vocalist, calling to mind each artist’s distinct style, but when the others join in for some stunning harmonies there’s no denying that this power trio marks a departure from the three musicians’ solo work. As NPR Music reports, Baker had been wanting to start a band with Bridgers and Dacus for a while, but it was when the three booked a tour together that the idea to actually record something together took form. Each contributed a finished song and an unfinished idea, resulting in a six-track EP.

The songwriters have not only drawn comparisons to each other for the similarities in their work and their approach to navigating the music world, but have even been on a similar release schedule lately. Bridgers released her acclaimed debut album Stranger in the Alps last September, and Baker released her latest LP Turn Out the Lights a month later. Lucy Dacus’ recent sophomore effort Historian was released in March of this year. The three will tour as a triple bill this fall, likely performing the new boygenius songs in addition to their respective solo work.

Baker stated in a press release:

“When we met, Lucy and Phoebe and I were in similar places in our lives and our musical endeavors, but also had similar attitudes toward music that engendered an immediate affinity. Lucy and Phoebe are incredibly gifted performers, and I am a fan of their art outside of being their friends, but they are also both very wise, discerning and kind people whom I look up to in character as much as in talent.”

Listen to the first three boygenius songs below; the full EP will be released on Nov. 9 via Matador Records. The three artists will tour throughout the month of November, but it looks like the two Brooklyn dates are about as close to Philly as they’ll get. See the full list of tour dates below.