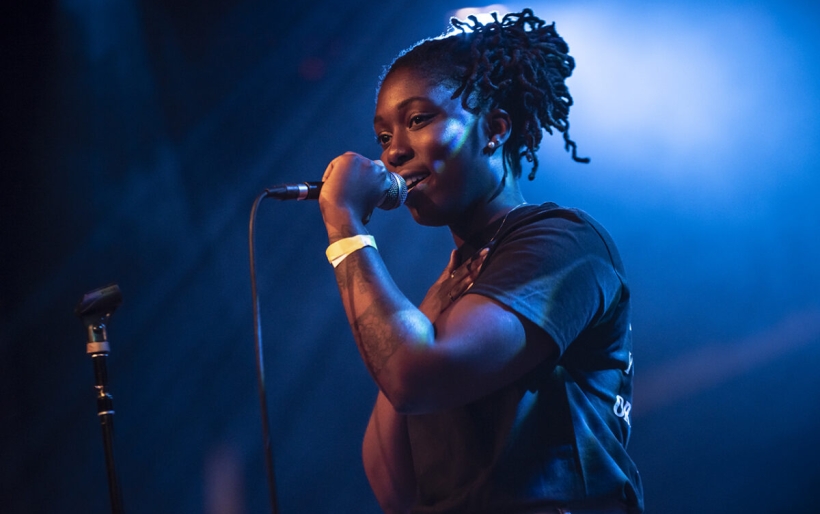 Part time crooner, part time rapper Ivy Sole is back with new music today, the latest track from her just-announced debut studio album. “Backwoods” follows up the previously released “Rollercoaster” from June, both tracks set to appear on her debut album OVERGROWN, out September 18th on Les Fleurs Records. On the track, Ivy Sole teams up with local artist Anyee Wright who delivers a fire guest verse, both artists rapping over the smooth beat care of producers CRO and Corey Smith-West.

Lyrically, Ivy recalls her time growing up in Charlotte, NC throughout the track. In a press release, Ivy Sole explains:

“Backwoods is a reflection on my high school years – it was a period where I started to rebel but knew that if I wanted to leave Charlotte then I had to stick to the books. The video is meant to reflect spending time wilding with friends doing run of the mill teenager shenanigans, but also interrogates why folks where I’m from end up risking their freedom. I don’t think it’s far-fetched to say that most of us would do just about anything to provide for our loved ones, and although it’s by less than savory means, the world can push people to make decisions that they wouldn’t in different circumstances if it means putting food on the table or a roof over their head.”

Ivy Sole’s next local performance is Friday, August 31st at the Philadelphia Museum of Art.