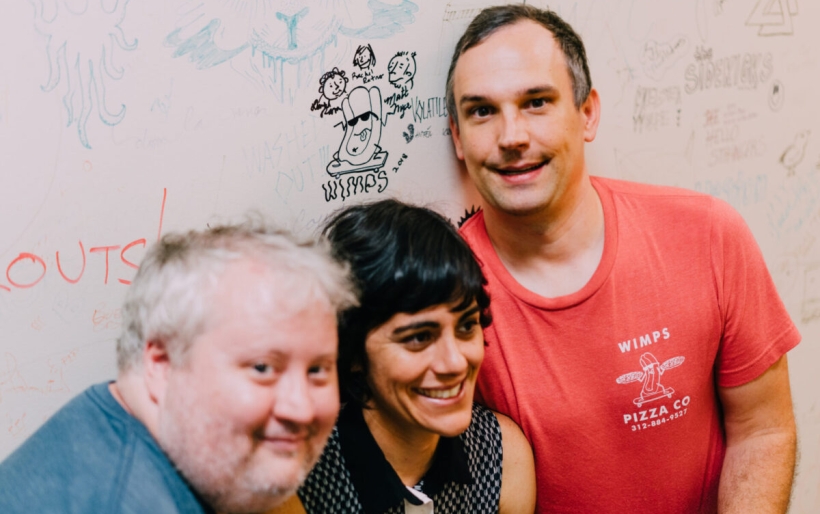 Joining us for this Indie Rock Hit Parade live session is a band whose witty and effervescent songs are sure to bring a smile to your face. Formed in 2012 by three veterans of Seattle’s DIY punk scene, wimps released their fifth album (and second for Kill Rock Stars), Garbage People. Co-fronted by guitarist Rachel Ratner and bassist Matt Nyce, with drummer Dave Ramm rounding out the power trio, wimps blend energetic punk with thoroughly relatable lyrics. Before their show at Boot and Saddle, wimps stopped by our studio to record a session that turned out to be more like a mini radio concert!

Wasting no time at all, wimps begin with the title track of their new album. “Garbage People” is an ode to the garbage person in all of us, and it’s rousing coda of “don’t throw me away” is a rallying cry for the ages. Next is “Quitter,” an ode to the vices that we could give up anytime we feel like it. In the middle of the set is “Old Guy,” a highlight from wimps’ previous album, Suitcase (and, incidentally, the first song I ever heard by the band). The song is a screed from “the old guy at the party” who’s seen all the bands you’ve seen and drank all the beers you’ve drunk years before. Next, Ratner introduces us to a hot new dance craze that’s sweeping the Northwest: the “Mope Around.” As you might expect, it’s a move that’s easy to master. wimps close their session with another new song, “Insomina,” a peppy salute to never sleeping again.

Listen to wimps’ Indie Rock Hit Parade session below, and check out Seniz Lopez’s photos from the studio… 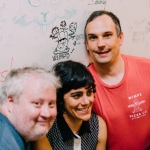