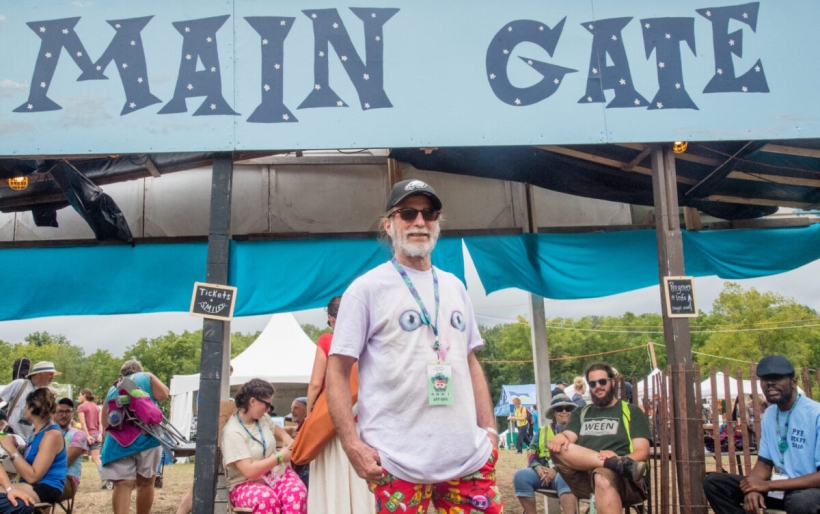 There’s a lot of things that make the Philadelphia Folk Festival one-of-a-kind. It’s not just that it’s the longest continuously-run outdoor festival in North America, having just completed its 57th year. It’s not just the lineup, which manages to be both entertaining but also diverse and interesting. It’s not even that it’s the first outdoor festival in the United States to take the Keychange pledge to achieve performer gender parity.

In fact, the festival has in many ways transcended the music by creating a community, a family really, that gets together for a few days out of the year to camp, catch up, and watch bands play on the stages and in the campsite. It’s within that group of festival diehards and excited newcomers that you find what truly makes Folk Fest unique: the more than 2,000 volunteers that serve as the backbone for this annual undertaking.

There are a huge multititude of volunteer committees that are responsible for everything from the basic needs of security, parking, trash, and food to doing things like building stages, making sure all the concerts go off without a hitch, and recording all the music for the Folk Fest archives. This year I volunteered with the Archives Committee in order to both get a better understanding of what goes on at the festival but also because it felt important to give back.

While volunteers do have to pay an entrance fee — in the past it used to be free — it is significantly less than what you would spend on a ticket and camping. Also you get fed twice a day in the volunteer-staffed food tent, which is definitely a plus.

I interviewed twelve volunteers from a range of committees for this article. They range from Donald Flanigan at the Main Gate, which is one of the most public positions you can have, to Jay Davidson in the production truck, who works on a team filming  the bands on the Main Stage for the large video screens that flank it on both sides. While they’re doing wildly different tasks, they’re both bringing their skillsets — and just as importantly, their love of folk music and the Folk Fest — to the job.

It’s that shared passion for this event and everything it entails that very much keeps it going strong. Want more proof of that? Look no further than Philadelphia Folksong Society Executive Director Justin Nordell, who reminded people again and again that he grew up at the Folk Festival and how important that was to shaping his identity. You’re not going to find that level of dedication and lifelong commitment from performers to fans to volunteers at any other festival of this size.

Folk music is more than just the songs or even the musicians. It is, as so many volunteers told me again and again, a community of people holding each other up. So please read the following interviews with those who truly make the music happen at the Philadelphia Folk Festival.