Free at Noon Flashback: Fantastic Negrito speaks out and rocks out at World Cafe Live - WXPN 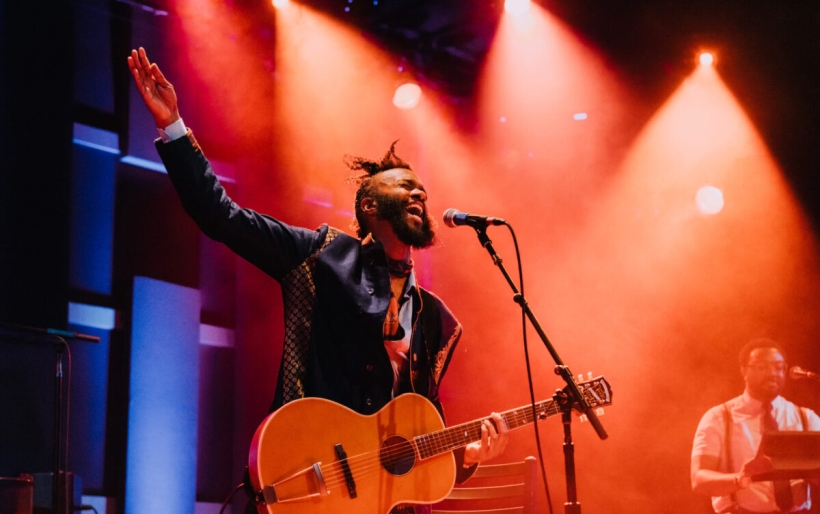 Free at Noon Flashback: Fantastic Negrito speaks out and rocks out at World Cafe Live

For most listeners, their introduction to Fantastic Negrito was likely his Tiny Desk Contest-winning performance of “Lost In A Crowd,” delivered compellingly from behind a workbench in front of some Bay Area freight elevator.

The version of the band that appeared onstage at World Cafe Live today was much more sophisticated in terms of fidelity, but one thing that hasn’t changed is Xavier Amin Dphrepaulezz’s endledd charisma. He belted out vocals with bravado over songs that ranged from raw blues to gospel rock and more, and his banter was that of a pure showman.

“I only met my daddy two times in my life,” he said at the first break in the set. “The first time, he said ‘I’m not your daddy.’ The second time, he said ‘son, whatever you do in your life, stay out of Philadelphia. Why? It’s the women. They’re scary.'” A bit scripted in an insert-city-name-here way, but it made for a lively intro the blues ripper “Scary Woman.” Later in the set, Dphrepaulezz went off-book to talk about issues surrounding the state of the nation; the number one question he gets asked on tour, he says, is “What’s going on in America?”

“So I cam back home and write this album Please Don’t Be Dead, which is to the version of America I believe in,” he said. “There are people from all over the world, that’s how we got here, that’s what makes us great.”

The set launched into “A Boy Named Andrew,” a song with overtones of a Middle Eastern mantra, based around the idea of what the man at the mic called “immigrant love.” Later, he reflected on meeting Chris Cornell in “Dark Windows,” and addressed gun violence in the set-closer “The Duffler.” “I’m sick of gun violence, and I say that as a gun owner,” he said. “We can do much better than whatever they throw at us.” 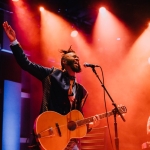