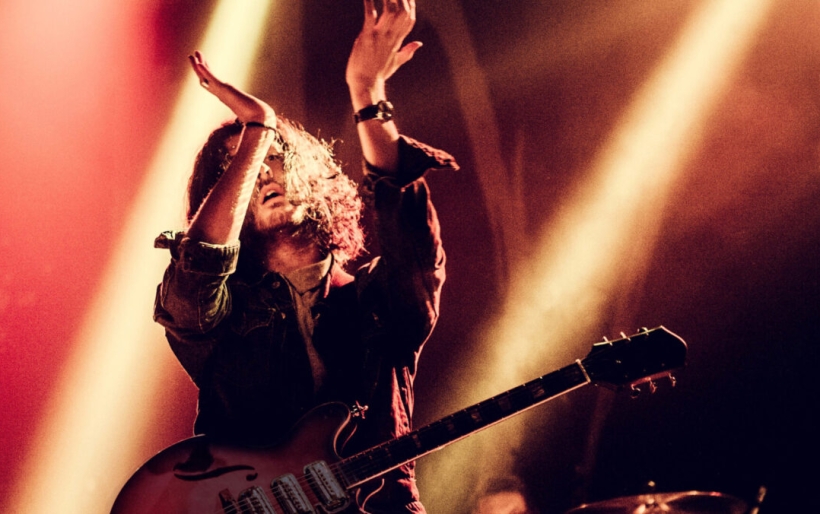 Hozier | photo by Jokko | courtesy of the artist

Andrew Byrne, who we know as Hozier, rose to fame when he independently released his well-known single “Take Me to Church”. The breakout track made its way to number two on the Billboard Hot 100 and for months, on every pop radio in the world. With all the fame rushing to him, he was struggling and trying to get acclimated with what his life had become.

Early 2017, Hozier returned home for his first break, in years, from all the craziness of touring. He immediately began writing and working on new material. During his time off, He spent much of his time on Twitter, witnessing the madness of the 2016 U.S. election.

There were people voicing their political beliefs and points of views from all around the world through social media. He spoke to Rolling Stone about what he saw, saying “It’s like the world is screaming into a fucking bonfire.”

From there, the 28-year old decided to use the current state of the world as inspiration for many of his new material on the upcoming EP Nina Cried Power, out on September 6th. As he tells Rolling Stone‘s Dan Hyman, he spent over a year traveling between studios recording with multiple producers from London to L.A., including Markus Dravs, who worked with Arcade Fire, and Rob Kirwan, who worked with U2 as well as produced Hozier’s 2014 debut album.

The title track “Nina Cried Power,” featuring civil rights activist / gospel singer Mavis Staples, honors all of the freedom-fighters who made history including Marvin Gaye, Curtis Mayfield and gospel legend Nina Simone. Along with Staples, The MG’s frontman/multi-instrumentalist Booker T. Jones, a musical idol of Hozier’s, joined the two working on “Nina Cried Power” with his jazzy-skills on the organ. He recorded in London with Irish singer-songwriter and also appears on multiple songs for both of Hozier’s upcoming projects, Nina Cried Power and his yet-to-be-titled 2019 second full-album.

Hozier will be embarking on a North American tour this fall where he will be performing his new work to the world. Best of all, he’ll be hitting Philadelphia on October 3rd at the Fillmore. For more information, check out the WXPN Concert Calendar.