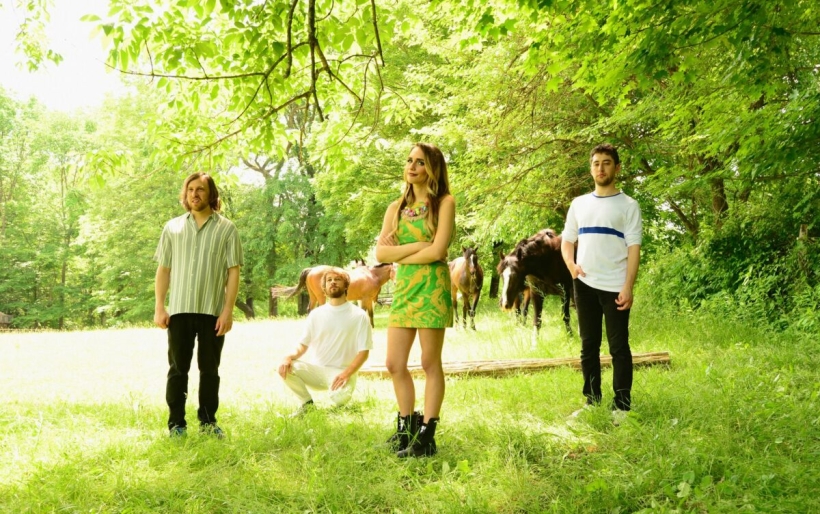 Speedy Ortiz | photo by Shervin Lainez | courtesy of the artist

In anticipation of their upcoming tour supporting Liz Phair, Philly rockers Speedy Ortiz have shared a cover of one of the iconic songwriter’s own tunes. But instead of covering one of Phair’s better-known songs, they chose a deep cut — “Blood Keeper” is an elusive outtake from Phair’s 1998 LP Whitechocolatespaceegg and never got a proper release, though Speedy Ortiz’s cover proves that the song hasn’t been entirely forgotten.

In a statement, Speedy Ortiz vocalist/guitarist Sadie Dupuis explained the choice of cover:

“As far as our choice of song, here’s the first DM I ever sent to Liz Phair: ‘thanks much for saying hi, it means a lot!! scream tv series made me remember ‘blood keeper.’ vague plans to record it gary numan style haha.’ I have kept in touch with my hero since then, and three years later, I’m so thankful we finally get to join her on tour. ‘Blood Keeper’ is one of my favorites of hers, made all the more tantalizing because 1. it was never officially released 2. there’s, like, NO information available about it online 3. other than that it was apparently submitted for the Scream 2 soundtrack??? We tried our best to do homage to this gorgeous mystery rock song (although not so much on the Gary Numan style promise…)”

Listen to “Blood Keeper” below. Pay-what-you-want proceeds from the sale of the song on Bandcamp will help Speedy Ortiz provide each venue on their upcoming tour with a copy of the “Making Spaces Safer” pocket guide, authored by War on Women’s Shawna Potter. Speedy Ortiz will open for Liz Phair on tour throughout the fall, including a sold out show at Union Transfer on October 5. Speedy Ortiz recently released their latest LP, Twerp Verse, and Dupuis has also announced the publication of Mouthguard, her first book of poetry, which will be out November 1.