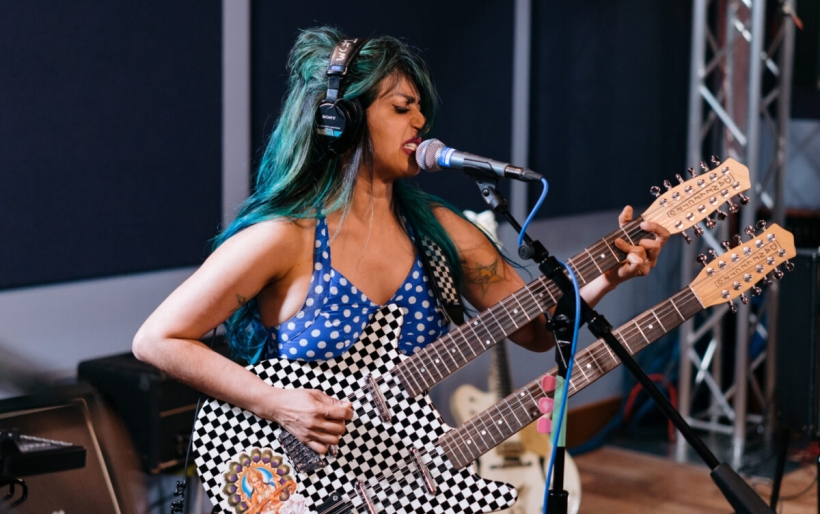 Find Your Freaks: RunHideFight goes indepth about discovering themselves through music on 25 O’Clock

Philly punk rockers Geeta Simons and Christine Weiser of RunHideFight made a recent appearance on 25 O’Clock, the self-proclaimed “longest running music podcast in Philadelphia…I think.” They talk with host Dan Drago about growing up, what it’s like writing music in a modern era and the pressure of balancing motherhood while performing in bands and pursuing music careers.

In talking about her childhood, Simons described the challenges of moving from San Jose to West Virginia, and how her family was not only ostracized from the rest of the neighborhood, but was the target of racism and harassment; someone even threw a dead animal carcass through their window.

“I’ve had some friends from a long time ago — I didn’t used to talk about this — say ‘I didn’t know this was happening,'” Simons told Drago. “I’m like, why would I tell you this in the middle of AP calculus or smoking outside of an all ages show? Oh by the way, we had a carcass thrown in our window.” Simons goes on to talk about using music as a way of finding her identity, and coming to accept “being not normal”.

The band has a new 7″ coming out on Hidden Volume Records on 9/28. Their record release show is tonight at Johnny Brenda’s. Check out their studio session with The Key here. Listen to the podcast below.