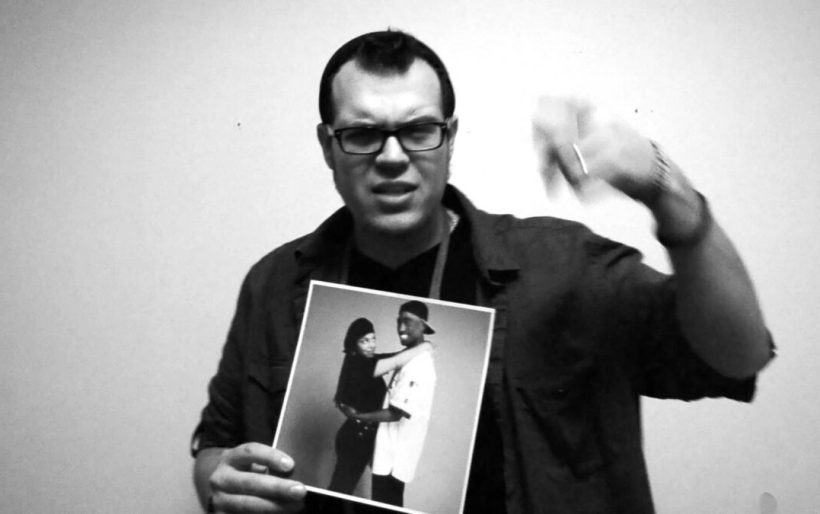 At around 1 p.m. Thursday afternoon, rest in peace shoutouts began pouring into Richard Strey’s social media accounts. As it appeared, the Woodbury, NJ underground rapper, better known as Rich Quick, had passed away.

His passing came as a shock to many. On his Facebook page, numerous heartfelt eulogies, memories, and mentions of disbelief flooded the page of the late MC who had strong ties to the Philadelphia hip-hop scene.

Damn…. RIP Rich Quick….he was a good dude and always had positive energy when U were in his presence

The 30-year old- rapper was also a visual artist who would often paint portraits of his friends and family to offer them to them as gifts. According to his Soundcloud page, Quick included “one of five limited edition hand-drawn hip-hop themed art cards” in the first 500 physical copies of his mixtape I’m With The DJ.

out of the work you did of me this one is my favorite. you surprised me with it and I honestly still don’t think I deserve it. my mom loves it too. you saw good in me I didn’t see sometimes. you were a true artist and a “thurl bol”. rest easy brother. cheers to a real one. 🍻 pic.twitter.com/0kG8V2j7oh

For those who didn’t know him, Rich appeared to be an unassuming guy, but if the cassette tape necklace that he was often seen wearing was any hint, it would have led the curious to numerous mixtapes and albums that the artist released. Rich’s Spotify page lists two albums, The Everywhere Man and Sad Songz; his Youtube channel and Soundcloud feature countless raps, videos, freestyles, and features. He turned heads back in 2015 for the a cappella “Searching for Tupac Shakur,” a five minute history of the life and creative growth of the iconic Los Angeles rapper and poet.

If one were to categorize his flow, it would be noted as quirky, polysyllabic, and clever. His lyrics, though not overly positive, left listeners with a sense of hope and motivation. His choice of beats and instrumentation, that were the base of his songs, gave nods to classic underground hip-hop sensibilities.

In addition to being a well-documented and accomplished musician and painter. Rich was also a teaching artist at the North Philadelphia non-profit, Village of Arts and Humanities. In a recent Facebook post, the Village shared the impact that Rich had on their organization.

Although Rich is no longer with us on this plane, his creativity and kind soul lives on with us through his music and artistry. Rich Quick at SXSW | Photo by John Vettese for WXPN