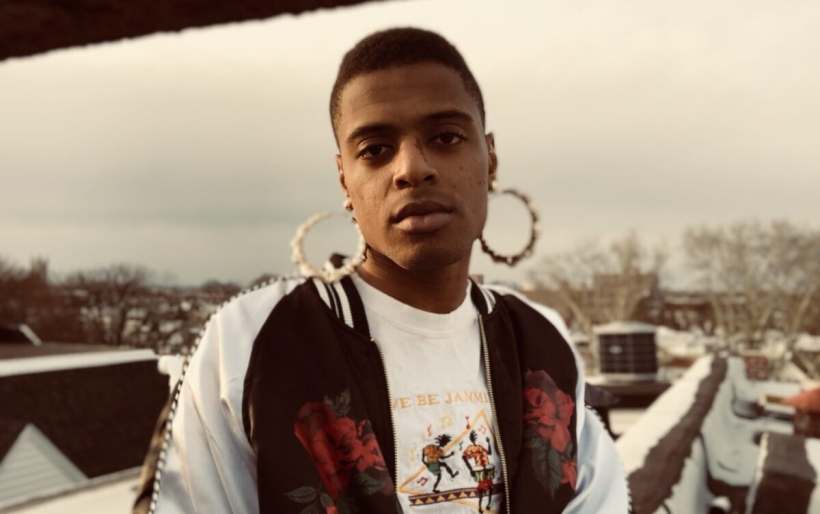 The hope for underground music fans with regards to vogue and ballroom culture leaping into the mainstream via FX television drama Pose (on the stiletto-adorned heels of VH1’s RuPaul’s Drag Race, and other national TV shows highlighting colorful, performance aspects of the LGBT communities) is that the DJ’s, producers, dancers and emcees involved in crafting and embodying the culture can get a little shine.

Believed to have its origins in 1960’s Black and Latino discos and cabaret clubs, the vogue counter-culture — so named for the dancers who took many of their poses and awkwardly-arched, angular dance moves from the images in Vogue and other fashion magazines as a means of aspirational appropriation — moved from those venues and into underground clubs, community centers, and basements. The music was at first pumping, hard-edged and lesser known disco tracks (like Cheryl Lynn’s “Too Be Real” or Loose Joint’s “All Over My Face”) and eventually, house (Marshall Jefferson’s “House Music” and Derrick May’s “Strings of Life”).

As generations changed, techno-infused house music became the go-to dance beat for vogueing, with songs like Robbie Tronco’s “Walk 4 Me,” and particularly “The Ha Dance” — a rousing, swirling track by Masters at Work that compliments the equally swirling, ninja-like movements of the dancers. As DJ’s like Vjuan Allure (often considered the father/mother of “the Ha” remix movement) became frustrated by dancers only wanting a distinct collection of songs — those songs that had throbbing tribal beats; sassy vocalists chanting; horn stabs to accentuate the ultimate vogue move, the death drop — on the runway or dancefloor. And so, the Ha Remix genre was born.

As a member of the current generation, DJ Delish‘s music takes the sound beyond what even her influences could have imagined. Her tracks are laced with a deep, resounding soulfulness that speaks to her Philly-injected approach to music. Underneath the slamming club beats are the warm bass and piano lines in songs like “U,” all riding on sinister string arrangements.  But don’t get it twisted: when it’s time to slay, Delish has the ability to do just that — the afro-beat inspired thump of “Men are Doomed” is laced with perfectly timed vocal snippets and an artful placement of the ever-present crash from the aforementioned “Ha Dance” that is the backbone of the genre.

Ironically, it’s on “Bag” that Delish really shines. It’s a simmering, playful piece of summery electronic soul that doesn’t ignore chillwave’s reinvention of the genre, but instead transcends it by paying closer attention to modern R&B’s roots. With its sweetly irreverent lyrics reminiscent of Diana Ross’s mid-’70’s, matter-of-fact storytelling on songs like “Upside Down,” words embedded in assured West Philly vernacular, Delish’s voice sits perfectly amongst the stammering synths and boom bap of the bass drum. We sat down with Delish to chop it up about beats, inspiration and where queer electronic music will take us in the future.

The Key: What led you to beatmaking as an artistic avenue? What was your initial set-up like and what equipment do you use now?

DJ Delish: I was always surrounded by music and people who loved music no matter who or where they were and didn’t mind expressing their love either. I started messing around with drums at my church (Holy Light Baptist Church) around 5 or 6 years old,  moved on to the piano / keyboard at around 8, and from there I started recording my own chords and little drum patterns I’d make with the drum keys on the keyboard. That went on until I was about 13 or 14, I had a home PC and started making little songs on that and pretty much that’s been the the set up. Same as pretty much everyone I know — a laptop, the programs have varied anywhere from Audacity to Ableton.

TK: There’s a maturity in your songs, it feels like you’re pulling from many influences, outside of just ballroom beats and modern R&B. What musical and non-musical influences do you pull from? And despite the maturity in the song structure, the lyrics and general vibe seem playful. How do you balance the child-like playfulness of songs, particularly on the 818 EP, with wanting to do grown-folks music?

DD: Musical influences would have to be the divas of the 90s and even early 2000s. Missy Elliott, Left Eye, En Vogue, Aaliyah, Brownstone and so on, the people who wrote conversations inside of songs, conversations that we all need to have but sometimes don’t want to. Ballroom wise, of course VJTheDJ, Vjuan Allure, MikeQ and SkyShaker. As for the balance, it’s basically my inner-child making beats for my outer-adult to do stuff over. My playfulness in productions comes out more in my vogue compilations like 818 and Hazel because I found [the vogue] scene and my love for that genre of music in my youth; I started making beats around like 14 or 15 years old. I feel like as I’ve gotten older, my sound has matured and I’m now able to take what I’ve learned making ballroom beats and make them into the type of music I want which is honestly a little bit of everything, spanning from ballroom to R&B and just about everything in between.

TK: Can you elaborate on what ballroom/vogue scene is, for readers not totally familiar? What did you find that was initially appealing about ballroom/vogue that inspired you to make beats?

DD: I can only describe the ballroom scene from my prospective and I think the best way to put  it would be…an escape. It’s a world inside of the one we’re living in. It’s a place so many of us black/brown LGBT come to for a getaway from the fantasy straight people press on us everyday into our own fantasies. It’s a competitive realm, for sure, but that seems to always have this sense of home and understanding accompanying. I came to ballroom because ballroom was so outside of the world I was living in but in another world I had never seen before and because it was so authentic and new and constantly pushing out things (be it fashion, dance moves, chants), it constantly kept me wanting to move around within it, creating my own little factory of creativity in this huge new world.

TK: Do you find the Philly music community nurturing? It feels like the Philadelphia vogue and ballroom scene is a little underhyped, particularly for a city that has so many media outlets, and especially compared to NYC or rising vogue scenes like Boston and Chicago. Why do you think that is, what can be done to synthesize ballroom into the greater fabric of Philly’s music scene? Is that something that ballroom artists even want?

DD: Well, I wouldn’t call it under-hyped for sure. Philadelphia is deeply rooted in ballroom, from the early 90’s on down. The thing I wish people would see is that these places like Chicago and Boston have just about the same amount of time in history, give or take a few years. We need to start challenging the media outlets that showcase these people to showcase ALL of them. We all have a part in this history that’s now getting all this exposure. I think if anything, Philadelphia wants to be seen just like everyone else has been seen — with the same approach and accuracy. TK: I suppose what I mean by under-hyped is that the mainstream music media doesn’t seem to be covering it. How do you think people outside of ballroom can support the scene, and Black and POC and LGBT artists in general?

DD: Like I said, I loved the ballroom for the fact that it was so many people that knew about it but was untouched by mainstream to a major level. Around the time I came around, [the TV show] America’s Best Dance Crew had a team on there called Vogue Evolution, outside of that and essentially up until POSE and My House, we haven’t really had that much mainstream coverage. The rawness of it is what we’d want to keep above all the other things, the ownership of it. People can contribute by not taking the culture and what you see as just trauma / triumph porn, understand these are ALL artists displaying their heart and souls however it may show up.

TK: What’s next for DJ Delish? Any new projects, albums or mixtapes coming out? Where do you perform next?

DD: I have a few things that I’m working on actually. I’m finishing up this album with my label from New York (Sweat Equity) and that should be released sometime in the fall. In the meantime, I’m finishing up this mixtape to be released on the 19th of this month titlted Who In The Hell Left The Gate Open that’s gonna feature me rapping and singing a lot, and even have a few local West Philadelphians up and through. As far as performances goes, I’m more or less just DJing wherever I’m asked to play.