Listen to a classic Grateful Dead performance at the Spectrum, September 21st 1972 - WXPN | Vinyl At Heart 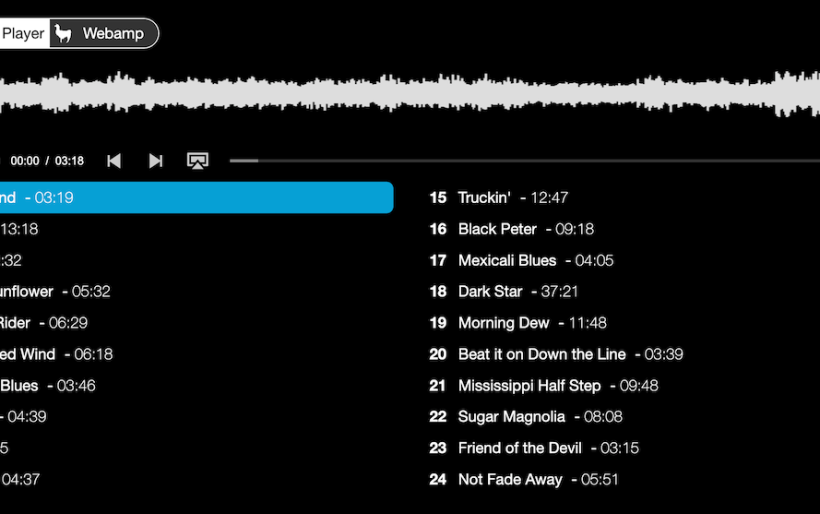 Listen to a classic Grateful Dead performance at the Spectrum, September 21st 1972

Throw a dart at a calendar and you’ve got a decent shot at hitting the anniversary of a Grateful Dead show at the Spectrum. The band had a storied history with the classic Philly venue. It was the only site they played in every decade from the 60’s to the 90s’s. This very special soundboard recording comes from just the second of the Dead’s fifty-threeSpectrum appearances.

The show falls in a transitional period for the band’s lineup. Drummer Mickey Hart was in the midst of a sabbatical, leaving Bill Kreutzman as the sole percussionist. And earlier in the year, longtime keyboardist and vocalist Ron “Pigpen” McKernan passed away tragically young, ceding keyboard duties to newcomer Keith Godchaux. Still, despite their uncertain circumstances, this era would prove to be among the Dead’s greatest.

A scorching opening rendition of Chuck Berry’s “The Promised Land” showcases spirited vocals from a young Bob Weir and some of Jerry Garcia’s top-form guitar improv. Both guitars ring clearly through the mix, allowing listeners to hear the oft-overlooked intricacies of Bobby’s rhythm playing. From there the set is basically nothing but highlights. Jerry is at his most arrestingly soulful on impassioned versions of “Ramble on Rose”, “Black Peter”, and “Morning Dew.: Bobby channels his inner cowboy on Western standards “El Paso” and “Big River” and drives the band through a heart-racing 8 minute “Sugar Magnolia.”

Five songs breach the ten minute mark, including truly freaked-out versions of “Playing in the Band” and “Dark Star.” The latter spans nearly forty minutes, almost twenty-times the length of its studio recording, and pushes the band to their atonal, arhythmic extreme. It’s the kind of excess that will either be mind-blowing or nerve-grating. Either way, it’s a testament to the era that such a noise could fill a venue like the Spectrum.

Many Deadheads will tell you that 1972 is one of the band’s the all-time greatest years. This show stands as a perfect example why. Partly youthful vitality, partly mature songcraft, all synthesized into a sound beyond description. Though nearly a half century old, the recording has lost little of its power to amaze. There’s still nothing like a Dead show.

Take a listen to the show below. If you were there (and can remember it), leave us a memory in the comments.