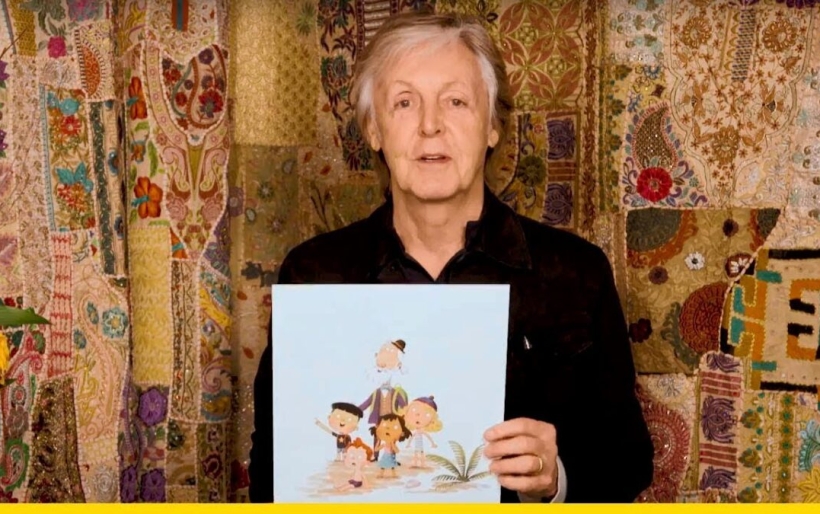 After releasing a new record this year, Paul McCartney returns his sights to writing with the announcement of his latest children’s book, Hey Grandude. In addition to publishing memoirs and lyric books, McCartney released his first children’s novel, High in the Clouds, in 2005. His latest is the first that will be released as a picture book, and was inspired by his eight grandchildren, one of whom set off a spark of inspiration by calling Macca “grandude,” as he explains in the video announcement below.

Basically, it’s about a character called Grandude who represents grandfathers everywhere. He has four grandchildren, and he calls them chillers. They love him, they go on adventures with him. He’s kind of magical, you’ll see that in the book.

The book was illustrated by Canadian artist Kathryn Durst — “as you can see, she’s brilliant,” says Sir Paul — and will be released via Penguin Books in the UK in May of 2019. For more information, to grab a preorder, and to see additional illustrations from the book, click here.