Sharon Van Etten's new record, Remind Me Tomorrow, is due in January; listen to "Comeback Kid" - WXPN | Vinyl At Heart 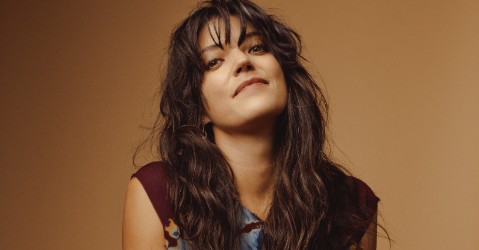 Sharon Van Etten’s new record, Remind Me Tomorrow, is due in January; listen to “Comeback Kid”

Singer-songwriter Sharon Van Etten returned today with “Comeback Kid,” a pulsing, driving rock anthem and her first single from her new album Remind Me Tomorrow. The record is out January 18th via Jagjaguwar Records, and can be pre-ordered here.

Since we last heard from her, Van Etten became a mom, went to school for psychology, guest starred in the Netflix series The OA and played a song at the Roadhouse in the first episode of David Lynch’s acclaimed Twin Peaks: The Return.

In a press release, Van Etten says this of her return to music:

“I want to be a mom, a singer, an actress, go to school, but yeah, I have a stain on my shirt, oatmeal in my hair and I feel like a mess, but I’m here. Doing it. This record is about pursuing your passions.”

Listen to “Comeback Kid” and check out the album art and tracklisting for Remind Me Tomorrow down below.