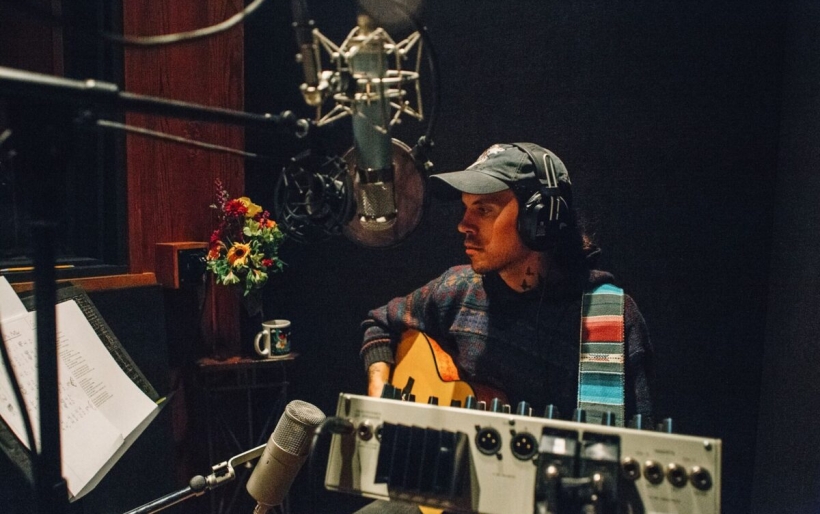 Roger Harvey | photo by Cassie Lopez | courtesy of the artist

Alternative Routes: Roger Harvey goes it alone on the new Gold EP with some of his poppiest material to date

In the early morning hours last Saturday, singer-songwriter Roger Harvey announced his latest project: the Gold EP, a quick and lively collection of three new roots-tinged indie rock songs, plus a re-recorded version of the song “Gold” from his 2017 album Two Coyotes.

The late night timing of the news was very intentional — Harvey tells us it was “to remind myself that I can create something and put it into the world at any time. I feel that sometimes as artists we lose sight of how easy that is to do on our own as we try to seek approval from others and conform to antiquated systems of marketing. Many of which don’t seem to really hold up any longer.”

And now here we are, 168 hours (or exactly seven days) later, and we have more from Harvey: an exclusive early listen to the EP.

Gold opens on the midtempo, pedal steel-led “Stopped Cutting My Hair,” a strolling reflection on life and change, using the act of growing out one’s hair as a metaphor for taking control of one’s own destiny. “In Place” could be Harvey’s poppiest song to date, a fervent strummer in the vein of The Head and The Heart that also addresses acceptance of change as a path to growth: “just ’cause something’s comfortable don’t mean it says / you’re better off just letting all those signals fade / you know i’ve tried to hold on tight for days / while all the things I used to like ache.” The energy stays high but the mood turns a bit more somber on “Nothing Is,” which speaks of finding peace in the wake of trauma and heartache, and emotional journey that ends in the resonant solo piano version of the title track.

As Harvey wrote when he first shared the news of the project with his Instagram followers:

For most of my life I’ve been involved in an alternative music community. I’m grateful to be able to say that for many reasons. At the forefront is the ways in which music has connected me to so much & to so many. It has gotten me through the hard times & delivered me to some of my best times. As a young person who grew up in a rural part of America, the discovery of music showed me that there was a hope & that an alternative may be possible.

Often I’ve felt disempowered by the ways that music, even on an independent level, has become so influenced by mainstream standards of marketing, hype machines, & power structures that I don’t believe in. I recently sent 4 new songs to a label that I respect a lot. They wrote me back & in short said that I don’t work hard enough for them to consider me. I took this as another reminder to seek an alternative route off any road that makes you feel like you can’t win. I’m searching for what keeps me out here because music to me, & I know many others, is still that hope.

Take a listen to Gold below, and check out various pre-order bundles for the project here. Harvey will play two hometown shows to celebrate the release of the album; on Thursday, October 18th, he’ll perform at the “Baby’s First Rodeo” country music night at Kung Fu Necktie. And then on October 30th, he’s throwing a Roger Harvey & Family Halloween Party at Ortlieb’s. More information on both concerts can be found here; gig poster and album artwork can be found down below.