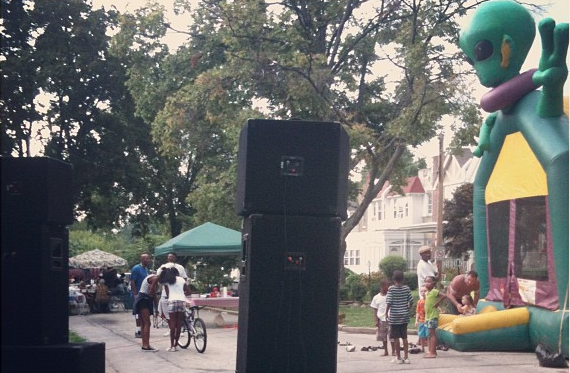 As the summer of 2018 slowly recedes into the rear view of our collective memory, an important step has been taken by the City of Philadelphia toward the protection of summer fun and a time-honored cultural tradition. A ride around the city during the warmer months will reveal a seemingly endless number of closed off streets complete with music blaring, barbecue filling the air, and children playing in mobile inflatable Bouncy Houses, all telltale signs of one of Philly’s favorite past times: the block party. For decades, block parties have stood as a integral part of Philadelphia’s music and social culture, strengthening communal bonds among neighbors as well as serving as a training ground for many of the city’s world-class DJs.

Earlier this year, the city announced that there would be tighter restrictions on the process by which residents would receive permit approval to close down their streets for block parties. This new policy would have required residents to get pre-approval from their local police district before receiving final approval from the Streets Department. Some residents even claimed that some police departments promised to block all future permits.

Faced with the looming threat of block party applications being impeded by added bureaucratic red tape, Philly residents took to the phone lines and social media demanding that the process be streamlined. Last week, the City announced that this policy would in fact be reversed, making it easier for residents to apply for block party permits. In a statement from the Streets Department and Police Department: “Applicants will now have one less step in the approval process as they no longer need to visit their local Police District to submit an application in-person or by mail. The Departments will now manage this step of the process internally, saving residents extra time and added process.”

“Block parties are an integral part of Philadelphia’s identity and help to build community,” said First Deputy Managing Director Brian Abernathy. “The City will always seek ways to support them and make obtaining block party permits easier for residents. This current change is our latest effort to improve efficiency and streamline the application process.”

Speaking with legendary Philly DJ Cosmo Baker on the cultural importance of block parties in Philadelphia, he highlights the importance of block parties by pointing out its role as an early incubator for Philly’s hip-hop scene. “One of the other interesting things about block parties is how it set the stage for Philly hip-hop and DJ culture,” says Cosmo. “So much has been talked about New York, or specifically The Bronx, and how Hip-Hop had its rise in the park jams, plugging the sound system into the street light and all. Well, Philly also had it’s parallel to that, in the streets with block parties.

“At the time, a lot of the discos had already gone through their own form of gentrification,” Baker continues. “And so DJs and communities created their own form of infrastructure, and it was out of this climate that so much of the identity of the Philly DJ was born. You had DJs like Lightning Rich, Grandmaster Nell, Cosmic Kev who started with Grandmasters Of Funk, Grand Wizard Rasheen, Captain Boogie, crews like Sex Machine, and of course you know people like DJ Jazzy Jeff who went on to make history, who were all part of the formation of hip-hop as we know it.”

With last Wednesday’s announcement, residents will hopefully be able to breathe a sigh of relief with the hope that this policy change will ensure that this thriving tradition will live on for years to come.