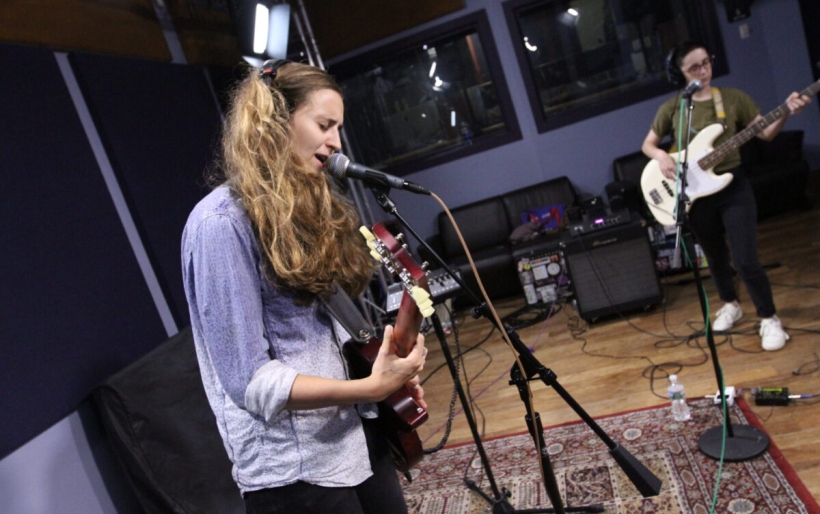 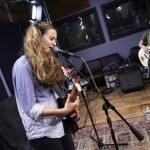 Lancaster’s Wallace Gerdy first showed up on the Philadelphia scene as the lead shredder in basement show regulars Mattress Food. Then, back in January of this year, she ventured out on her own with a short set of demos that were heavily informed by her love of classic rock. The instantly likeable “Sunny Monday” (with its undeniable debt to “Sweet Jane” by The Velvet Underground) caught my ear during the December edition of Items Tagged Philadelphia, I checked out the project’s full band debut at Ortlieb’s, and Wallace — as it’s eponymously called — was officially on The Key’s radar.

Currently consisting of Hannah Pugh on bass — she also plays in the super trippy trio Witch Bomb — as well as Adam Figurelle on drums — he’s her Mattress Food bandmate, as well — Wallace released its debut self-titled record late last month. Recorded with Jon Sambrick at Lancaster’s Thornwall Studios, it adds production polish to to the band’s blistering riffs and raw rock energy. Gerdy’s voice is gruff and gnarly — about right for a singer whose merch is designed to look like the Marlboro logo — and the energy is paced up tremendously, so moments of the set recall 90s punk like Green Day, particularly “Keeping Composure,” the meditation on addiction that starts off their performance at WXPN studios.

In Wallace’s Key Studio Session, we hear songs of love and pure devotion — “Katy’s Song,” “Sunny Monday” — as well as the vivid character sketch “Flowers,” which moves to a locomotive rhythm and a southern rock overdrive. Watch video of that song below, steam the entire session, and catch Wallace at Tellus360 twice in the next month. They’re performing at the Tellus Takeover on October 25th, a day of music and events curated by Central PA education nonprofit Music For Everyone, and they’ll be back at the venue on Friday, November 2nd, opening for Madeline Kenney. Tickets and more information on that show can be found at the XPN Concert Calendar.